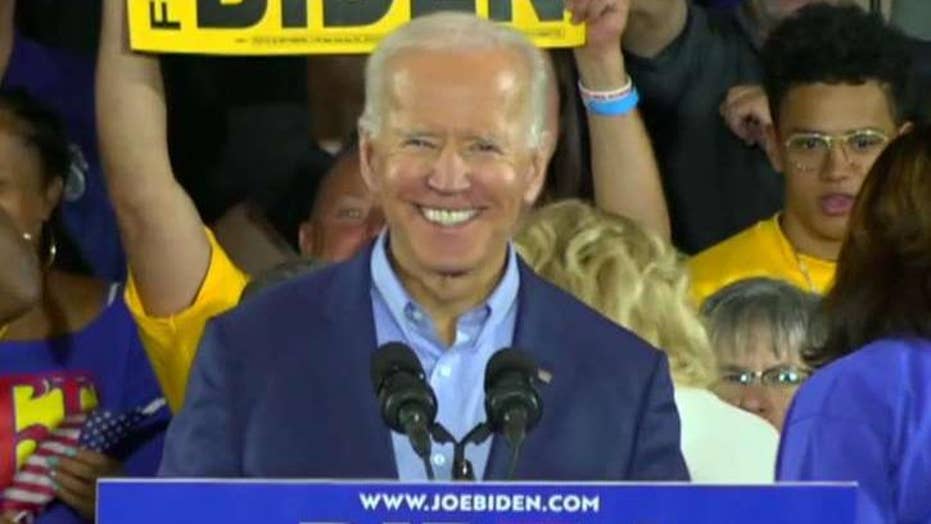 Joe Biden found himself mocked over the weekend for his corny effort to tie himself to former President Barack Obama, while also coming under criticism from other presidential candidates for skipping the biggest Iowa campaign event of the cycle so far.

On Saturday, the former vice president marked “Best Friends Day” by posting a tweet memorializing his bond with Obama. He shared a picture of an interlocking friendship bracelet with both their names, under the caption: “Happy #BestFriendsDay to my friend, @BarackObama.”

Some Democrats were baffled. David Axelrod, Obama’s former senior adviser, responded, “This is a joke, right?”

It turns out, the bracelet itself was: BuzzFeed produced a sympathetic and playful video in 2016 of Obama encouraging people to register to vote, showing the president jokingly making the bracelet.

But as Biden runs for president, touting his years alongside Obama is no joke: Even as Obama has declined to endorse his candidacy, Biden is working to talk up his alliance with the former president still popular among Democrats and especially black voters -- a crucial bloc in the primaries, especially in South Carolina. Biden at this stage enjoys broad support among that bloc. Biden, while campaigning, has repeatedly referred to himself as “an Obama-Biden Democrat.”

Meanwhile over the weekend, Biden, unlike 19 other Democratic candidates running for president, missed out on the Iowa Democratic Party Hall of Fame dinner on Sunday -- something at least one rival used to openly criticize him.

“When I saw the program for today, I thought the same thing you all did, which is this: Joe Biden must really not like to travel,” said entrepreneur Andrew Yang, a Democratic candidate.

Biden’s campaign pace has come under scrutiny before. But it turns out Biden, who is scheduled to return to Iowa on Tuesday, tweeted that he was attending his granddaughter’s graduation at Sidwell Friends – the same school attended by Obama’s daughters, Sasha and Malia.

The potential vulnerability has Democratic rivals increasingly turning up the heat on the 2020 primary front-runner, not only over his schedule but his policy positions.

After fierce criticism from rivals, Biden last week reversed his position on the so-called Hyde Amendment, which prohibits federal funds for abortion. But his handling of the reversal prompted more criticism, including from Axelrod, who tweeted: "Changes of position over a long career are justifiable but should be thoughtfully planned. This was an awkward flip-flop-flip."