President-elect Joe Biden said there should be “immediate” congressional action on student loans, after Democrats suggested he should sign an executive order to forgive student debt.

A Biden official told Fox News that the president-elect is calling for “immediate” action to forgive $10,000 of student loan debt for borrowers—but that the action should take place in Congress.

“Immediate $10,000 forgiveness of student loans, helping people up there in real trouble,” Biden said Monday. “They’re having to make choices between paying their student loan and paying the rent. Those kinds of decisions.”

Biden added: “It should be done immediately.”

The official clarified that what Biden was referring to was congressional action.

Schumer said Biden should enact a plan that the Senate minority leader laid out earlier this year alongside Sen. Elizabeth Warren, D-Mass., under which the president could use executive authority to immediately cancel up to $50,000 of student debt per borrower. Biden has called for forgiving $10,000 in student loan debt as part of a broader coronavirus relief package.

"Getting rid of student debt," Schumer said during an interview with The Ink. "I have a proposal with Elizabeth Warren that the first $50,000 of debt be vanquished, and we believe that Joe Biden can do that with the pen as opposed to legislation."

Schumer said that Biden could use existing executive authority under the Higher Education Act to order the Department of Education to “modify, compromise, waive or release” student loans. He estimated it would provide total forgiveness to more than 75% of borrowers and partial forgiveness for more than 95%.

Such sweeping executive action would almost certainly face a legal challenge, and it's unclear whether it could survive. Critics have argued that using such power exceeds the president's authority granted by Congress. Canceling student loan debt would also add to the nation's already-ballooning national deficit, which totaled a record $3.1 trillion for the 2020 fiscal year. 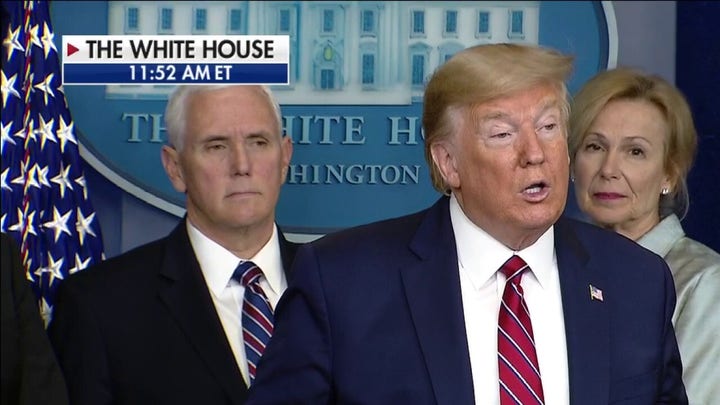 Outstanding student loan debt has doubled over the past decade, nearing a staggering $1.7 trillion. About one in six American adults owes money on federal student loan debt, which is the largest amount of non-mortgage debt in the U.S. It has been cited as a major hindrance in people’s “economic life” by Federal Reserve Chairman Jerome Powell.