During an address at the Congressional Hispanic Caucus Institute gala, Biden accused Republicans of "playing politics" and using migrants as "props" after dozens of migrants were sent to Martha’s Vineyard in Massachusetts and to Vice President Kamala Harris’ residence in Washington, D.C.

"We have a process in place to manage migrants at the border," the president added. "We're working to make sure it's safe and orderly and humane. Republican officials should not interfere with that process by waging a politically political stance."

Biden did not name any Republicans during his comments, though Florida Gov. Ron DeSantis took credit for flying migrants to Massachusetts on Wednesday and Texas Gov. Greg Abbott sent migrants to Washington, D.C. on Thursday.

The two Republican governors have continuously criticized Biden and Democratic lawmakers for failing to secure the southern border and leaving border states to fend for themselves in managing the ongoing immigration crisis.

Republicans have also condemned Democratic policies, which they claim are incentivizing migrants to come to the U.S.

Biden, however, is blaming Senate Republicans for holding up a plan that would provide legal protections and citizenship to some migrants in the country illegally.

"It's long overdue for Senate Republicans to come to the table, provide a pathway for citizenship for Dreamers, those in temporary status, farmworkers and essential workers. We need to modernize our laws so businesses get workers they need and families don't have to wait decades to be brought back together," Biden told the gala attendees. 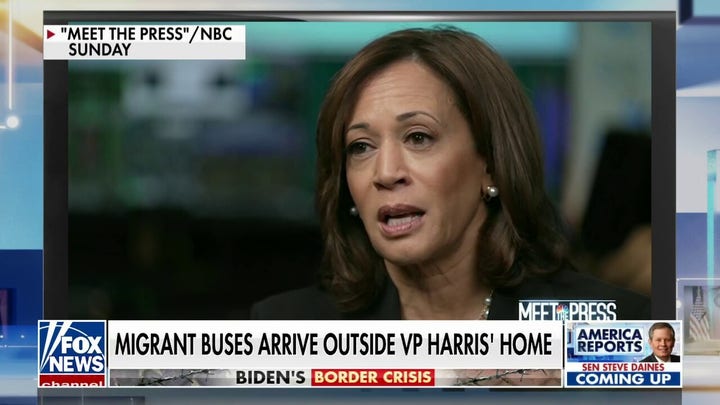 He added: "It's time to get it done. That's why we have to win this off-year election."

Biden’s comments came after he appeared to ignore a question about migrants being sent to Martha’s Vineyard earlier in the day, shortly after delivering remarks celebrating a tentative deal by railroad unions to avoid a strike. 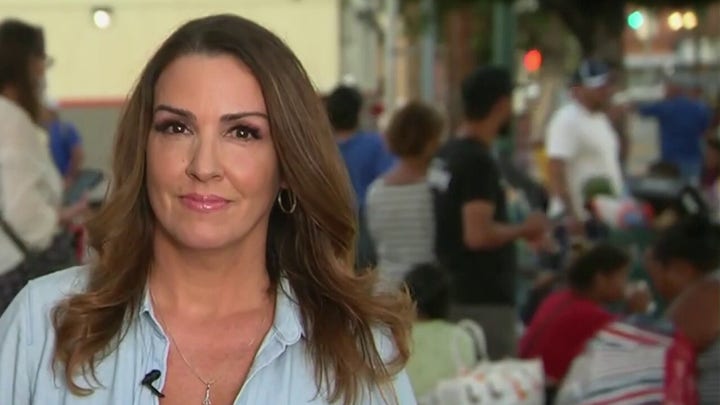 Biden’s criticism of migrant transportation was echoed by the White House Thursday, as White House press secretary Karine Jean-Pierre referred to it as an "illegal stunt."

"The White House is full of a bunch of hypocrites, led by the Hypocrite-in-Chief who has been flying planeloads of migrants across the country and oftentimes in the cover of night," Abbott's Press Secretary Renae Eze responded in a statement to Fox News Digital.

Neither Biden nor the White House made any mention of how Democrats initiated the transportation of migrants, sending them from border housing facilities via middle-of-the-night flights into various parts of the country.