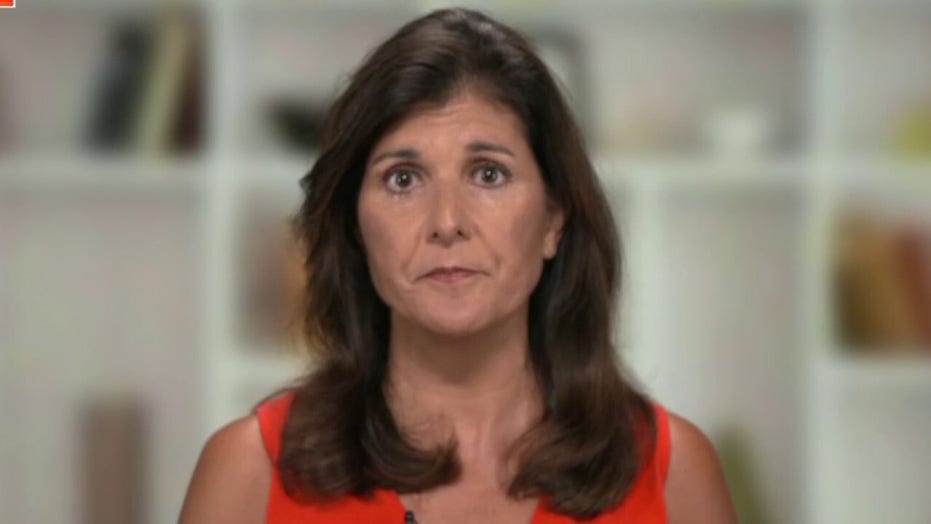 Haley: Biden has lost 'trust and confidence' of every military member

President Joe Biden said Tuesday that al Qaeda has been decimated in Afghanistan, after referring to the terrorist group as "gone" in a statement last week, prompting pushback from some foreign policy experts who say the opposite is the case.

"We delivered justice to bin Laden on May 2nd, 2011, over a decade ago. Al Qaeda was decimated," Biden said Tuesday during his first address to the nation since the United States completed its military withdrawal from the country. "We succeeded in what we set out to do in Afghanistan over a decade ago, and we stayed for another decade. It was time to end this war."

Bill Roggio, Senior Fellow at the non-profit Foundation for Defense of Democracies and editor of Long War Journal, said Biden’s contention that al Qaeda had been crushed in Afghanistan was a "lie."

"It’s the same old same old, they've done this, they’ve said this in order to justify their withdrawal from Afghanistan," Roggio told Fox News, adding that the narrative of downplaying al Qaeda’s presence in the region has been parroted by the last three administrations in order to sway public support to withdraw.

"This is a classic example of politicization of intelligence," Roggio added. "The policy required withdrawal. In order to justify the policy, you had to manipulate the intelligence to allow the policy to have legs."

KT MCFARLAND: BIDEN'S AFGHANISTAN SPEECH WAS A CHANCE TO SPEAK TO A NATION IN PAIN. IT UTTERLY FAILED

Roggio said that facts on the ground don’t match the president’s rosy assessment of al Qaeda’s decline and cited a recent report that an al Qaeda operative who served as Usama bin Laden’s security chief was escorted through Afghanistan by a Taliban convoy.

"That should tell you everything you need to know about the current state of the relationship and the future," Roggio said.

Roggio said on Twitter, and confirmed to Fox News, that the official estimates of how many al Qaeda operatives are in Afghanistan are likely far lower than the actual number.

Roggio also dismissed the "narrative being put out" that working with al Qaeda is not in the Taliban’s best interest.

Rep. Ronny Jackson, a Texas Republican congressman and former Navy rear admiral who served in Iraq, agreed with Roggio’s assessment that al Qaeda is not decimated in Afghanistan, as the Biden administration has claimed.

"The Taliban, al Qaeda and ISIS. Does it really matter what we call these killers?" Jackson told Fox News. "They are all animals from the same family who share a deep hatred for the American people and our way of life. Intelligence backed up by recent video evidence demonstrates that all three of these terrorist groups are alive and well in Afghanistan."

American Enterprise Institute Fellow Marc Thiessen also pushed back against Biden’s comments on al Qaeda’s status. "Decimated literally means reduced by one-tenth," He tweeted. "The truth is there are more al Qaeda in Afghanistan than before 9/11."

Roggio told Fox News that he doesn’t anticipate anyone in government being held accountable for the mismanagement and intelligence failures related to the Afghanistan withdrawal unless Congress gets involved.

"I can’t stress this enough," Roggio said. "These people have stood there and lied to us time and time again on these issues in terms of al Qaeda-Taliban relations, al Qaeda’s strength, etc. If Congress doesn’t get involved they’ll stand there and lie to us again."