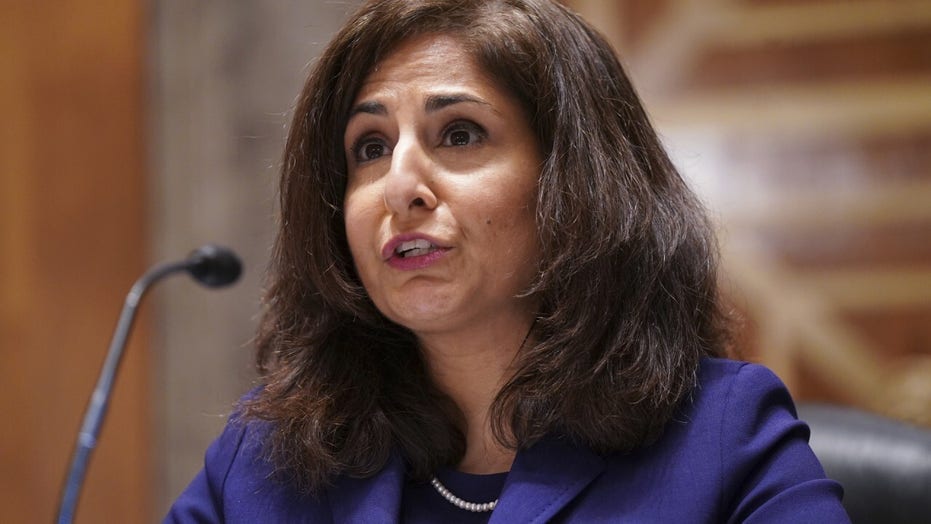 Minutes into her confirmation hearing, President Biden's nominee for director of the White House Office of Management and Budget Neera Tanden had to address concerns over hostile tweets she has posted against various Republican lawmakers.

The first Republican on the Senate Homeland Security Committee to question Tanden, Sen. Rob Portman, R-Ohio, immediately brought up Tanden's posts, many of which she deleted late last year.

"I believe that the tone, the content and the aggressive partisanship of some of your public statements have added to the troubling trend of more incivility and division in our public life, and in your case I'm concerned that your personal attacks about specific senators will make it more difficult for you to work with them," Portman said, noting that the OMB director has to work with members of both parties.

Portman went on to give examples of "a few of the thousands of negative public statements" Tanden has made. These included her calling Sen. Susan Collins, R-Maine, "the worst" and Sen. Tom Cotton, R-Ark., a "fraud," saying that "vampires have more heart than Ted Cruz," and referring to then-Senate Majority Leader Mitch McConnell, R-Ky., as "Moscow Mitch" and "Voldemort," referring to the Harry Potter villain.

Portman said that even after Tanden deleted tweets, there were still nine pages of posts about Cruz that were still up.

"I wonder, specifically, how do you plan to mend fences and build relationships with members of Congress you have attacked through your public statements?" Portman asked.

"I recognize the concern," Tanden replied. "I deeply regret and apologize for my language — some of my past language. I recognize that this role is a bipartisan role, and I know I have to earn the trust of senators across the board. I will work very aggressively to meet that concern."

Tanden said she hopes to work "in a bipartisan and nonpartisan manner," while acknowledging that "it’s upon me to prove that to this committee and to members."

Tanden later offered a direct apology for her remarks.

"For those concerned about my rhetoric and my language, you know, I'm sorry and I'm sorry for any hurt that they've caused," she said.

Portman referred to a report that Tanden had deleted thousands of tweets following November's election, and asked if she did this because she knew she could be up for a job in the administration.

"I deleted tweets because I regretted my tone and I've deleted tweets over many months," Tanden said. She did not say she removed the posts with a job in mind.

Sen. Ron Johnson, R-Wis., asked Tanden if she had any assistance from the Biden transition team when she deleted tweets. She insisted that no one advised her on this.

Tanden has not just been at odds with Republicans in the past. She has also had a tumultuous history with Sen. Bernie Sanders, I-Vt.

During the presidential primary race in 2019, Sanders wrote a fiery letter to the Center for American Progress, which Tanden led, accusing her of "maligning my staff and supporters and belittling progressive ideas."

The Vermont senator, a self-described democratic socialist, also criticized a video by ThinkProgress, a project of the Center for American Progress Action Fund, which accused him of changing his rhetoric on wealthy Americans after he became a millionaire in 2016.

Sanders now chairs the Senate Budget Committee, which will host Tanden for a confirmation hearing on Wednesday.