‘We are more than prepared’ for potential security concerns during inauguration: DHS official

The theme of President-elect Joe Biden’s inauguration is "America United," despite deep divisions in the country, and will be focused on a "new national journey" that the Biden team says will "restore the soul of America" and bring the country together.

Biden’s inauguration, set for next week, Jan. 20, comes "at a time of unprecedented crisis," according to the Biden team, and its inaugural theme "reflects the beginning" of a "path to a brighter future."

TRUMP SAYS HE 'WILL NOT BE GOING' TO BIDEN INAUGURATION

The Presidential Inaugural Committee pointed to the coronavirus pandemic, which has taken more than 370,000 American lives, and caused millions to suffer from "economic destruction."

"Our political divisions are seeking to tear us apart and continue to test the strength of our democracy," the Biden team said. "The moment calls for sober reflection and the mustering of our national resolve. It is also a moment of hope."

The Biden team said the inauguration will showcase the American people’s "resilience, heroism and unified commitment to coming together as a nation" and rebuilding so that the country can "emerge as the indomitable force that a united America represents."

"This inauguration marks a new chapter for the American people – one of healing, of unifying, of coming together, of an America united," said Presidential Inaugural Committee CEO Dr. Tony Allen. "It is time to turn the page on this era of division. The inaugural activities will reflect our shared values and serve as a reminder that we are stronger together than we are apart, just as our motto ‘e pluribus unum’ reminds us – out of many, one."

The inaugural committee will also install an "America United: Field of Flags" public art display to represent each state and territory.

Meanwhile, President Trump said last week that he would not attend Biden’s inauguration – an extraordinary move that would make him the first to skip the inaugural ceremony of his successor since 1869.

"To all of those who have asked, I will not be going to the Inauguration on January 20th," the president tweeted, hours before he was permanently suspended from the platform.

Trump will be the fourth president to not attend his successor's Inauguration Day. Former presidents John Adams, John Quincy Adams and Andrew Johnson did not attend their successors' inaugural ceremonies. 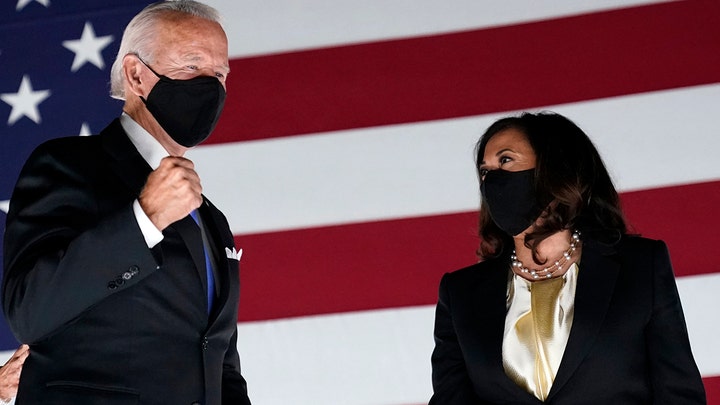 On Thursday night, the president – who failed in various legal challenges since Election Day – acknowledged that "a new administration" would be inaugurated Jan. 20.

"My focus now turns to ensuring a smooth, orderly and seamless transition," Trump said. "This moment now calls for healing and reconciliation."

Trump’s announcement came just days after he spoke at a rally Wednesday, telling supporters that he would "never concede" and repeated unsubstantiated claims that the election was "stolen" from him and that he won in a "landslide."

During his remarks, he renewed pressure on Vice President Mike Pence, claiming he should decertify the results of the presidential election and send it "back to the states" and that if he did, Trump would be president for another four years.

Trump’s remarks came ahead of a joint session of Congress to certify the results of the presidential election.

As members of the House and Senate raised objections to certain electoral votes, both chambers called for a recess and left their chambers as pro-Trump protesters stormed the Capitol Building, sending it into lockdown for hours.

Washington, D.C., police said the riot at the Capitol resulted in five deaths – including a Capitol Police officer and a woman who had been shot inside the building – and at least 70 arrests.

The president, during the raid inside the Capitol, tweeted a taped video to supporters, telling them to "go home" while maintaining that he had the 2020 presidential election "stolen" from him.

Republicans and Democrats alike slammed the president for not condemning the violence, resulting in a number of departures of high-profile administration officials – including Transportation Secretary Elaine Chao and Education Secretary Betsy DeVos, who said the president’s "rhetoric" incited the unrest.

Meanwhile, Pence is expected to attend the president-elect's inauguration.