Unprecedented security in Washington ahead of Biden swearing-in

Security concerns in Washington, D.C., ahead of the scheduled inauguration of President-elect Joe Biden have resulted in some scheduling changes, Biden’s staff said Thursday, according to a report.

A planned rehearsal of the inauguration, initially scheduled for Sunday, has been moved to Monday as event planners continue to make adjustments in response to the Jan. 6 riot at the Capitol, Politico reported.

In addition, an Amtrak ride that Biden and members of his team planned to take from Wilmington, Del., to Washington on Monday has been canceled, the report said.

The Biden team has also brought in Lisa Monaco, a former homeland security adviser from the Obama administration, to provide security advice regarding the inauguration and related events, according to Politico.

"Ms. Monaco will assist the President-elect and work with the incoming national security advisor, the incoming homeland security advisor, and current security and law enforcement officials, including with the United States Secret Service on their plans for the inauguration," a spokesperson for the transition told Politico in a statement. "Given the existing threats, Ms. Monaco’s temporary role will be focused solely on the period leading up to the inauguration."

The Biden team has brought in Lisa Monaco, a former homeland security adviser from the Obama administration, to provide security advice regarding the inauguration and related events, a report said.

The Biden team declined to comment on the scheduling changes, the report said.

Authorities have been concerned about possible attempts to repeat the violence that was seen at the Capitol on Jan. 6, which resulted in the deaths of two police officers and several other people. 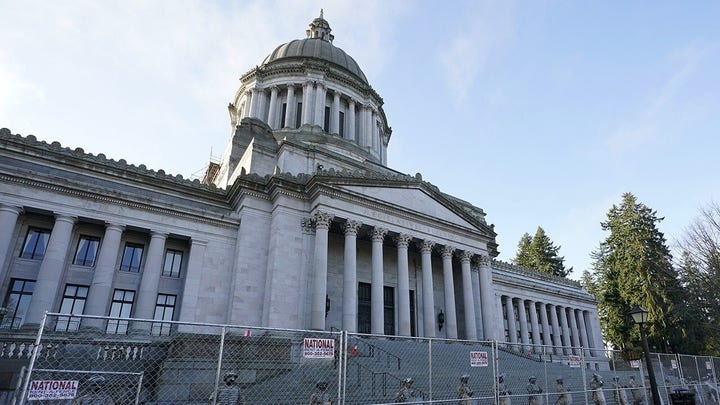 The area surrounding the Capitol has seen security significantly stepped up following the Jan. 6 riot, including the deployment of as many as 20,000 National Guard troops for the Jan. 20 inauguration.

About 2,000 Guard members were seen at the Capitol beginning Wednesday, with photos in the media showing them resting on the marble floors inside the building.

In reaction to the photos, two Democrats – Reps. Rosa DeLauro of Connecticut and Betty McCollum of Minnesota – called on the U.S. Army to provide cots for the Guard members to sleep on, The Hill reported.

About 10,000 Guard members were expected to be in the nation’s capital by Saturday, Fox News previously reported.

Biden received a security briefing Wednesday from the FBI, Secret Service and other federal security officials regarding the inauguration, Politico reported.