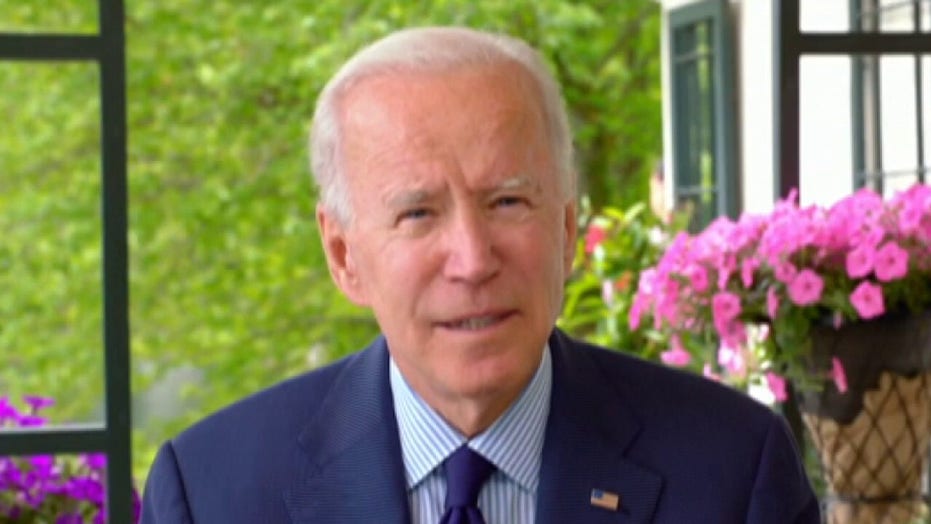 Former Vice President Joe Biden faced a number of distracting interruptions Monday during a virtual speech: honking geese, chirping birds, a ringing iPhone and what was assumed to be a Secret Service agent standing in the background of his shot.

Nevertheless, Biden virtually addressed the Asian American and Pacific Islanders (AAPI) Victory Fund to knock President Trump’s virus response and accuse him of fanning flames of “hate, fear and xenophobia” against Asian-Americans amid the coronavirus pandemic.

“The pandemic has unleashed familiar forces of hate, fear and xenophobia that he always flames and fans. The flames have always existed in our society. But with this president, they brought with it a new rash of racist messages, verbal physical attacks and other acts of hate,” Biden said.

At one point, Biden, whose windows appeared to be open in the background, had to address the obnoxious squawking.

“You're going to hear, there's a pond on the other side of my property here. A lot of Canadian geese. If you hear them honking away, they're cheering, that's what they're about,” Biden said.

In the background at one point a man could be seen standing in Biden’s yard and is assumed to be his Secret Service protection.

BIDEN RIPS UP CAMPAIGN PLAYBOOK BY DRIFTING LEFT AFTER THE PRIMARIES

Biden again accused Trump of refusing to take action early enough, saying all the president did was “make false promises and dismiss the experts.”

“Now, 90,000 Americans are gone. … Millions more are struggling to pay their bills. And this president can’t summon barely a word, barely a word of empathy,” Biden continued.

The former vice president also accused his competitor of failing to get coronavirus relief funds to small businesses: "Trump is out there tweeting again this morning. I call him President Tweety. ‘Reopen the country’ -- How are we supposed to do that if you're sitting on the money small businesses need? Stop tweeting about it. Get the money out to Main Street."