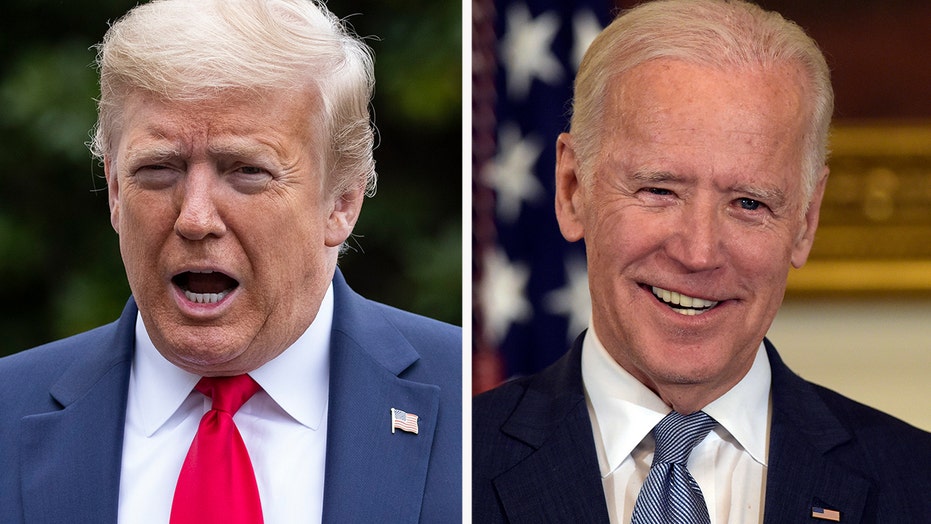 The video series by the Trump campaign is titled "Truth over Facts," a phrase the former vice president used last August in Des Moines as he flubbed a line during a speech at the Iowa State Fair.

BIDEN RIPS UP CAMPAIGN PLAYBOOK BY DRIFTING LEFT AFTER THE PRIMARIES

The Trump campaign – which gave Fox News a first look at the video – spotlighted that it’s “aimed at uncovering the truth behind Joe Biden’s never-ending, seemingly incomprehensible statements during his third, plodding campaign for president.”

The video – made to look like a television investigative report – is hosted by Trump campaign communications director Tim Murtaugh, who’s a former local TV anchor and reporter.

“The American people deserve to know the truth behind Joe Biden’s delirious and nonsensical claims on the campaign trail,” Murtaugh said. “When he’s mangling the text of the Declaration of Independence or calling someone a ‘lying, dog-faced pony soldier,’ is he really speaking a language that only he and a select group of others understand?”

The 77-year-old Biden has a long history of stumbling over his words. Biden, though, opened up in February about his lifelong struggle to overcome stuttering, and his defenders have argued that this sometimes may be a factor in his widely publicized gaffes.

The "Truth over Facts" videos – and an accompanying website – appear to be the latest effort by the Trump campaign to raise doubts about Biden’s cognitive ability. The president’s long called Biden "Sleepy Joe," in an attempt to raise doubts about his opponent’s physical condition and fitness for office.

The president, who’s 73, has had his own fair share of verbal miscues,  embellished statements and Twitter typos.

Biden, in an interview with Snapchat that was posted last week in Vanity Fair, said that “Trump is a master at laying nicknames on people,” but added that, “I can hardly wait to get onto the stage with Donald Trump.”

The former vice president stressed that “in terms of energy ... I don't have any problem comparing my energy level to Donald Trump who I'm really resisting giving a nickname to.”