The Biden administration is urging officials at the Department of Homeland Security to stop using phrases like "illegal alien" in favor of what it says are more "inclusive" terms -- part of a broader effort by the administration to change language use on immigration.

Acting U.S. Citizenship and Immigration Service (USCIS) Director Tracy Renaud recently signed a memo that a USCIS spokesman said "aligns our language practices with the administration’s guidance on the federal government’s use of immigration terminology."

"This change is designed to encourage more inclusive language in the agency’s outreach efforts, internal documents and in overall communication with stakeholders, partners, and the general public," USCIS spokesman Joe Sowers said in a statement. "The guidance does not affect legal, policy or other operational documents, including forms, where using terms (such as applicant, petitioner, etc.) as defined by the Immigration and Nationality Act would be the most appropriate."

The shift is part of a broader move by the administration to change language on immigration and illegal immigration.

BuzzFeed News reported that Immigration and Customs Enforcement (ICE) officials have shifted from using "illegal alien" to "noncitizen"in comments to reporters, while then-acting DHS Secretary David Pekoske used the term "noncitizen" to refer to illegal immigrants who could be targeted by ICE.

Meanwhile, an immigration reform bill being proposed by the Biden administration, along with a range of other sweeping immigration changes, would replace terminology in U.S. immigration laws.

While the text of the bill has not yet been released, a fact sheet put out by the Biden transition team before the inauguration said that the bill would remove the word "alien" from immigration laws and replace it with "noncitizen." The fact sheet said the move "recognizes America as a nation of immigrants."

"While it may to some be a symbolic change, we remove the word "alien" from the immigration code and replace it with "non citizen," Sen. Bob Menendez, D-NJ, who is spearheading the effort to get the bill through the Senate, said last month. "No longer will we dehumanize the undocumented."

Immigration activists and lawmakers have long battled over language related to immigration. "Alien" has long been used in U.S. code and immigration law as a whole, but has seen pushback from liberal activists and cities. New York City announced last year it would no longer refer to "aliens" or "illegal immigrants." 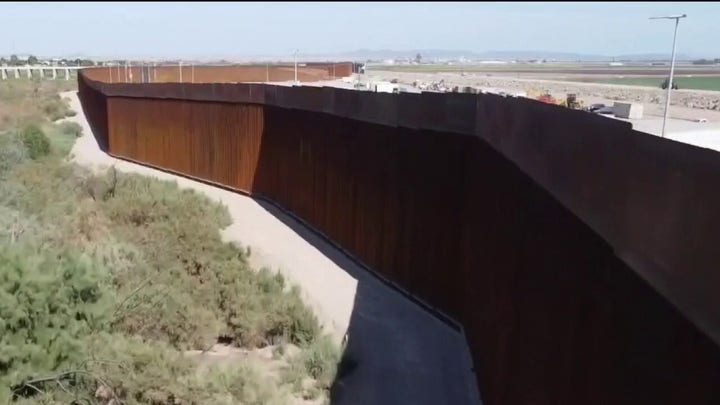 Meanwhile, during the Trump administration, there were battles over language from conservatives, too. BuzzFeed News reported in 2019 that U.S. Citizenship and Immigration Services (USCIS) planned to change all references of the term "foreign national" to "alien" in the agency’s policy manual.

A USCIS spokesperson at that time told the outlet that it was aligning with the Immigration and Nationality Act (INA).

"Under the INA, the term 'alien' means 'any person not a citizen or national of the United States,'" they said.