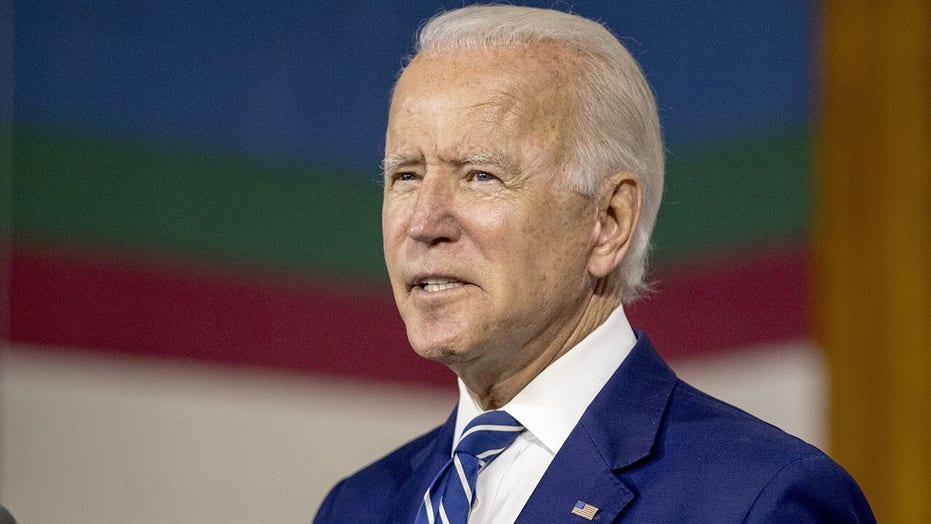 How long can Joe Biden go without taking questions from the press?

Joe Biden’s campaign has clarified a statement from the presumptive Democratic presidential nominee that President Trump is the "first" racist president.

“We’ve had racists, and they’ve existed, and they’ve tried to get elected president. But he’s the first one that has,” Biden said during a virtual town hall event on Wednesday.

“There have been a number of racist American presidents, but Trump stands out -- especially in modern history -- because he made running on racism and division his calling card and won,” she said. “He deliberately foments both, intentionally causing indescribable pain because he thinks it advantages him politically. The George Wallaces of our country's history who have run on these hate-filled themes have lost."

Setting aside Biden's assessment of Trump, his remark drew instant criticism, given the known histories of past presidents, a number of whom were slave owners. That history, in recent weeks, has driven controversial efforts to take down and deface statues and monuments dedicated to them.

In addition to the known record of presidential slave ownership, including by George Washington and Thomas Jefferson, early in the country’s history, other presidents from the last century also have come under fire. Princeton University decided just last month to remove President Woodrow Wilson’s name from its public policy school and a residential college, citing Wilson’s “racist views and policies” as the main factor in the decision.

Wilson, who served in the early 20th century, supported segregation and imposed it on several federal agencies. During his presidency, the notoriously racist film “The Birth of a Nation,” which glorified the Ku Klux Klan, was screened at the White House.

Former President Andrew Jackson refused to enforce a Supreme Court decision protecting Cherokee rights in Georgia, and the U.S. later forced Cherokees and other tribes to resettle further west in a migration known as the Trail of Tears, which resulted in thousands of deaths.

The Trump campaign also hit back at Biden on Wednesday, calling the attack "outrageous" and noting the Democrat's own past controversies including warning in the 1970s about kids growing up in a "racial jungle" without an "orderly integration."

“President Trump loves all people, works hard to empower all Americans, and is supported by more Black voters than any Republican presidential candidate in modern history," campaign senior adviser Katrina Pierson said in a statement. "No one should take lectures on racial justice from Joe Biden.”