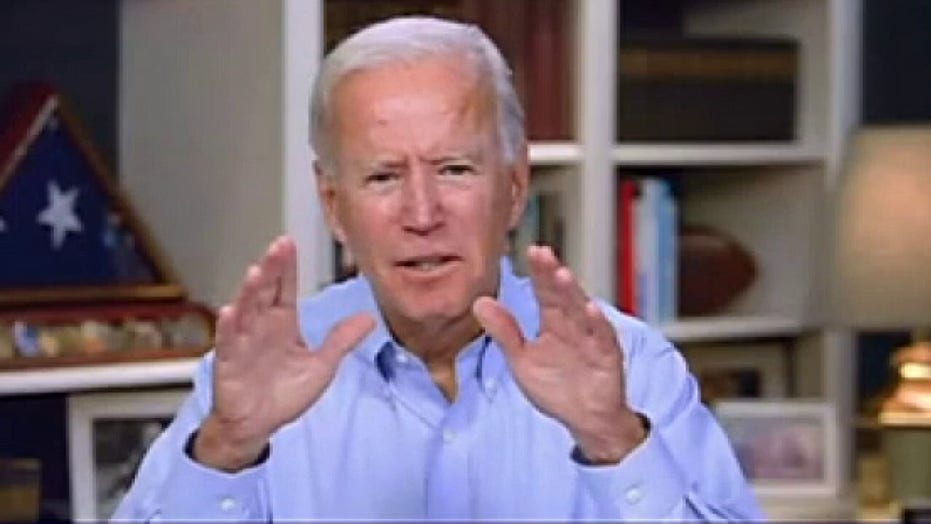 Joe Biden on Wednesday launched what appeared to be one of his sharpest attacks to date, charging that President Trump is a racist.

Speaking during a roundtable discussion with the Service Employees International Union (SEIU), the presumptive Democratic presidential nominee said Trump is engaged in the “spreading of racism, the way he deals with people based on the color of their skin, their national origin, where they’re from, is absolutely sickening.”

The former vice president has targeted Trump over racism since the very first day of his campaign. In a video announcing his candidacy in April of last year, Biden spotlighted the president’s handling of the violence surrounding the 2017 white supremacist rally in Charlottesville, Va.

"He said there were quote, some very fine people on both sides," Biden said as he highlighted the president’s comments. "With those words, the president of the United States assigned a moral equivalence between those spreading hate and those with the courage to stand against it. And in that moment, I knew the threat to this nation was unlike any I had ever seen in my lifetime."

Last summer, as he condemned tweets by the president calling on the four freshmen progressive congresswomen of color known as “The Squad” to “go back” to the “corrupt” countries he said they were from (three of the four were born in the U.S.), Biden called Trump’s tweets “flat racist.”

Trump responded at his White House news conference Wednesday evening. "We've passed criminal justice reform, something that Obama and Biden were unable to do," the president said. "I've done more for Black Americans than anybody, with the possible exception of Abraham Lincoln, nobody has even been close." 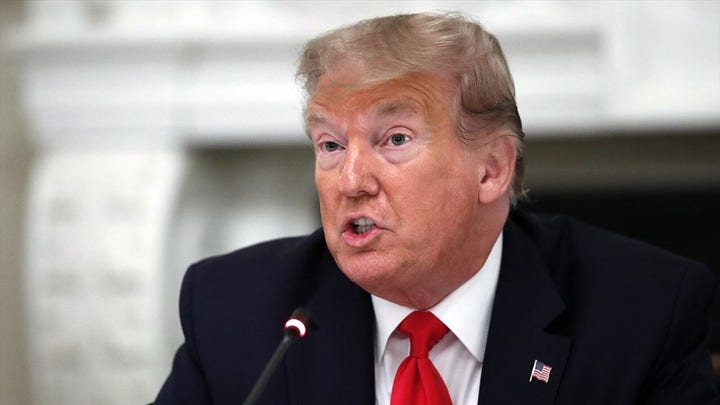 The Trump campaign also hit back at Biden on Wednesday, calling the attack "outrageous" and noting the Democrat's own past controversies including warning in the 1970s about kids growing up in a "racial jungle" without an "orderly integration."

“President Trump loves all people, works hard to empower all Americans, and is supported by more Black voters than any Republican presidential candidate in modern history," campaign senior adviser Katrina Pierson said in a statement. "No one should take lectures on racial justice from Joe Biden.”

The president has repeatedly brushed back charges that he’s racist.

While Biden has targeted the president as a racist, Sen. Bernie Sanders made the same argument on a regular basis on the campaign trail. The populist senator from Vermont -- who was Biden’s last remaining Democratic presidential nomination rival until dropping out of the race in April and endorsing the former vice president -- included the charge that Trump’s a racist in his stump speech.

Sen. Kamala Harris of California -- who also ran for the Democratic nomination before ending her bid in December 2019 -- also called the president a racist.

Biden himself has courted controversy over race relations since launching his White House bid. He faced scorching criticism last year from his Democratic primary rivals for invoking his ability decades ago as a senator from Delaware to work with two segregationist southern colleagues to “get things done.”

And he faced swift backlash in May for suggesting during a contentious radio interview with host Charlamagne tha God that those having a hard time "figuring out" whether to support him or Trump in the upcoming election "ain't black."

But the latter controversy was quickly superseded by nationwide protests over systemic racism and police brutality toward minorities that was sparked by the death of George Floyd, a Black man who died while in Minneapolis police custody. The president’s law-and-order response to the demonstrations and rhetoric that many considered divisive have been heavily criticized by his opponents.

A Fox News Poll conducted last week indicated that racism, along with the coronavirus and the economy and jobs, is one of the top issues on the minds of voters. The survey indicated that the president's approval rating on race relations stood at just 35 percent.

And only 35 percent of those questioned in a Fox News poll conducted last month said the president respected racial minorities.