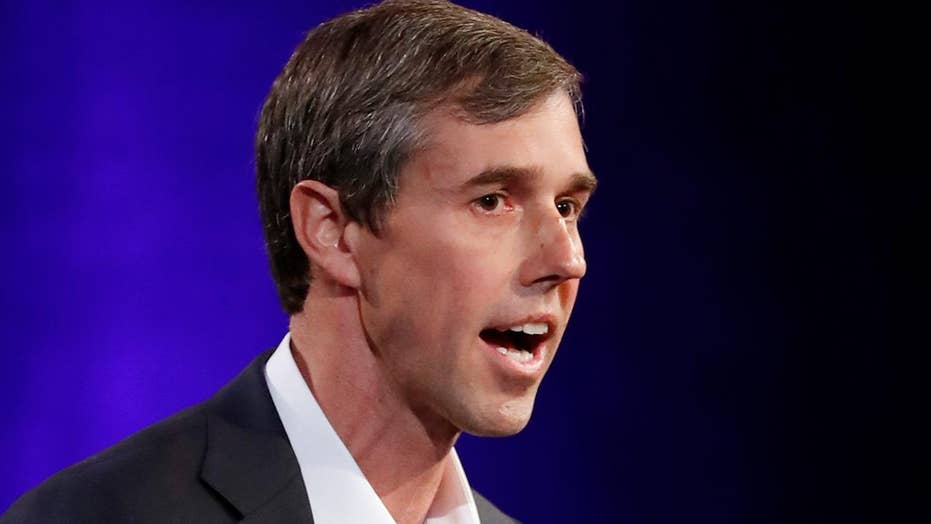 Former Texas congressman officially announces he will run for president in 2020.

Beto O’Rourke praised the Green New Deal as he launched his presidential campaign Thursday, saying some will criticize the plan for “being too bold or being unmanageable” but “I haven't seen anything better that addresses this singular crisis we face.”

A few hours after the comments in Keokuk, Iowa, O’Rourke called for suspending the federal death penalty, telling Radio Iowa: “It’s not an equitable, fair, just system right now.” And he opened the door to packing the Supreme Court with more justices.

These are just the latest examples of a lawmaker who had a bipartisan streak in Congress increasingly shifting left as he sets out on his White House run. But they also highlight a dilemma for the 2020 field's newest contestant: What lane is he running in?

It remains far from clear whether O'Rourke considers himself a liberal competing for the supporters of, say, Sens. Bernie Sanders and Elizabeth Warren -- or a more moderate, center-left figure in the style of former Vice President Joe Biden, who could jump into the race at any moment.

In the press, lately he has been branded as the latter. Earlier this week, The Washington Post declared in a headline: “O’Rourke and Biden, signaling presidential bids, would infuse centrism into a left-leaning Democratic field.”

To be sure, O'Rourke has described himself as a capitalist -- hardly a radical step, but a statement that would put him at odds with beacons of the left like Rep. Alexandria Ocasio-Cortez who says capitalism is "irredeemable."

O'Rourke is well aware of how his ideological alignment is open to interpretation.

“In Texas, Ted Cruz called me a socialist. I’m too liberal for Texas. Outside of Texas, people say, ‘Is he really a Democrat? I think he’s a closet Republican,’” O’Rourke highlighted at an event last month in Wisconsin.

“I don’t know where I am on a spectrum, and I almost could care less,” he added.

During three terms representing El Paso and surrounding areas in Texas in Congress, though, O’Rourke built up a reputation as a moderate Democrat willing to reach bipartisan compromise.

Along with a small number of House Democrats, he voted against an oil export ban and rejected an amendment which would have barred spending on research for offshore oil drilling.

The votes were typical for O'Rourke, whose outreach to Republicans was cited during his Senate run by numerous newspaper editorial boards, including the El Paso Times. An analysis by FiveThirtyEight found that in his final year in Congress, O'Rourke sided with the Trump administration 30 percent of the time, and ProPublica data showed he was among the top 20 percent of Democrats most willing to buck his own party.

And instead of joining the Congressional Progressive Caucus, he became a member of the more moderate New Democrat Coalition.

But during his Senate run and in the ensuing months, he’s burnished his progressive credentials -- for instance, calling for existing wall along the U.S.-Mexico border to be dismantled. He's also called for legalizing marijuana.

When it comes to stricter firearms laws to curb gun violence, he supports universal background checks, backs banning bump stocks and AR-15-style rifles, and opposes concealed-carry reciprocity between states. On social issues, he grabbed national attention in August when he defended NFL players taking a knee during the national anthem to protest police brutality. 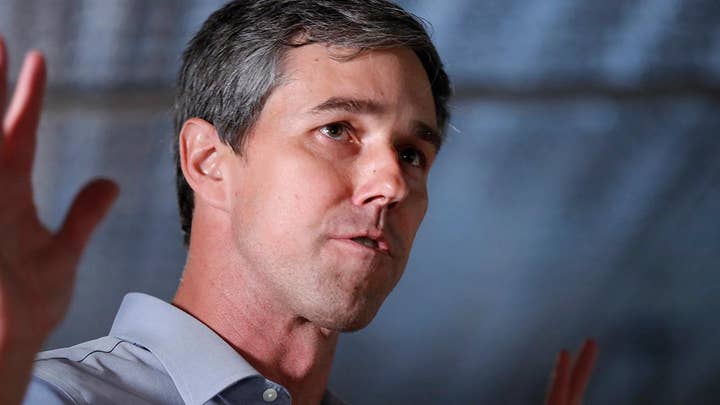 But when it comes to another top item for progressives, Medicare-for-all, O’Rourke has kept the door open. He backs a pathway to universal health coverage but says it doesn’t necessarily have to be achieved through a single-payer model.

“I think Medicare-for-all is one of the possible paths. I think the fastest way to get there is to ensure that people who have insurance that they like through their employer are able to keep it and we complement that with those who can purchase Medicare,” he told CBS News.

The contrast between O’Rourke’s record in Congress and most of his stances in the past year, as he ran for the Senate and now the White House, has been highlighted numerous times in the media.

And it’s opened him up to the same kind of criticism that Democratic presidential contender Sen. Kirsten Gillibrand is facing. Gillibrand was considered a moderate Democrat when she represented a congressional district in upstate New York. But after becoming a senator representing the entire state of New York, she moved to the left on some key policies.

But a top Democratic strategist argued that the labels might not matter much in the end.

“No one outside of the hardcore activists base is looking at the labels of who’s a progressive and who’s a moderate, said Mo Elleithee, the founding executive director of Georgetown University's Institute of Politics and Public Service and a Fox News contributor.

“Voters want to know who is this person? Can they get the job done? Do they get me? And can they beat Donald Trump?” explained Elleithee, a senior spokesman for Hillary Clinton’s 2008 presidential campaign who later served as communications director for the Democratic National Committee.

But he added that with O’Rourke being an open book, the candidate “has this kind of quality about him that people seem to project what they want – their own sort of hopes – onto him.”

Eilleithee said that can be a “blessing and a curse.”