Is Beto O'Rourke the right Democrat to challenge Trump?

U.S. Rep. Beto O’Rourke of Texas may be leaving Congress after his failed bid to unseat Republican Sen. Ted Cruz -- despite fawning media coverage and record campaign spending -- but at least he’s getting an award.

The Democrat, whose name has been floated as a likely 2020 presidential contender, was recently named “El Pasoan of the Year” by El Paso Inc., his hometown’s weekly business magazine.

In an interview with the outlet, he said he “loved using El Paso as the example throughout the campaign.”

O’Rourke’ meteoric rise during the midterm elections, even as his winning chances remained slim throughout his campaign, made the Texas Senate race the most expensive this past election cycle, with the Democrat spending nearly $80 million in a bid to defeat the incumbent Republican.

He ultimately lost to Cruz by around 3 percent of the vote, or around 200,000 votes, but drew criticism as O’Rourke refused to share his war chest with other Democrats in other states, who had better chances of winning.

Despite the award, O’Rourke’s love for El Paso was also called into question during the campaign over his support of a real estate deal in the town during his rocky tenure on the El Paso City Council in 2006. 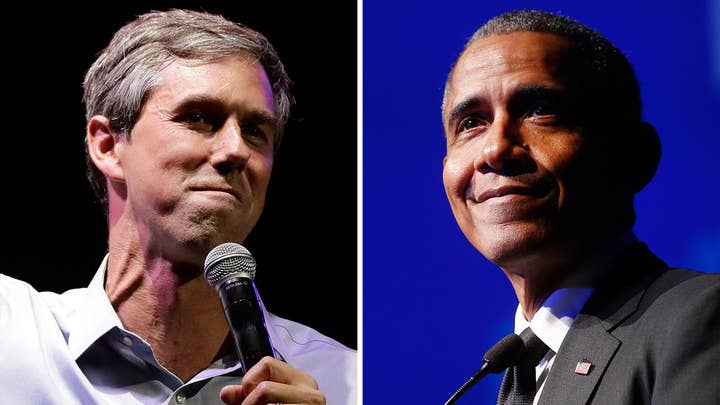 He supported a redevelopment plan of downtown El Paso – an area he represented that had a historic Mexican-American neighborhood – as envisioned by a billionaire real estate investor, William D. Sanders, who happened to be his wife’s father, the New York Times reported.

O’Rourke defended the plan, reportedly calling it “one piece of El Paso that was missing on the road back to greatness,” even as the opposition gathered against him, including small business owners and priests who began perceiving him as siding with the elite.

"Mr. O’Rourke was basically the pretty face of this very ugly plan against our most vulnerable neighborhoods."

The award comes amid speculation that O’Rourke may decide to run for president. In November, he met with former President Barack Obama, further fueling the speculation, the Washington Post reported.

He previously ruled out the presidential run during the campaign, but following the election defeat, he didn’t dismiss the possibility of running for the White House, saying he and his wife will “think about what we can do next to contribute to the best of our ability to this community.”