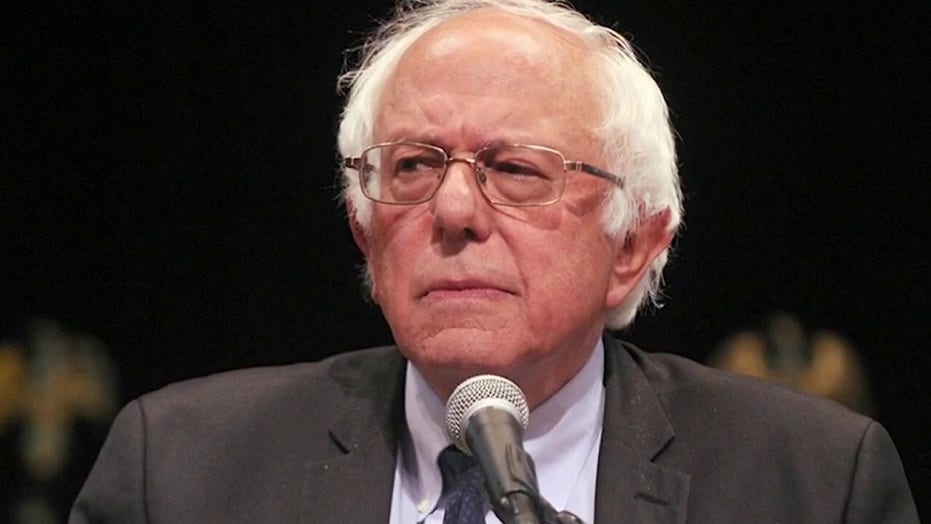 “This is the most important election in our lifetime and I’m proud there are so many candidates running for Congress who understand that real change comes from the bottom on up, not the top on down,” Sanders said, according to The Hill.

"They’re all strong advocates for real change, and together we will build a movement to transform this nation so that it works for all our people," he added.

The 78-year-old socialist, who's proven to be a powerhouse in small-donor fundraising, also threw his weight behind Progressive Caucus Co-Chairman Mark Pocan, D-Minn.; Rep. Peter Welch, D-Vt., and Georgette Gomez, who is running to fill California's open 53rd District.

While most of Sanders' endorsements are incumbents, his support of Cisneros seemed to signify a growing trend of progressive leaders lending their name to insurgent candidates.

If Cuellar wants to beat Cisneros, he'll have to counter both Sanders' and Ocasio-Cortez's influence on the campaign trail. Ocasio-Cortez previously endorsed Cisneros while taking a shot at Cuellar.

"The people of South Texas deserve a Democrat like Jessica who is going to fight for real people, not big corporate donors like the Koch Brothers, GEO Group and Exxon," Ocasio-Cortez said.

Cuellar, who has spent more than a decade in Congress, has received criticism over support for anti-abortion legislation. He also received an "A" rating from the National Rifle Association (NRA) and took donations from KochPAC, a political action committee (PAC) representing the interests of Koch Industries.

“While our opponent focuses on out-of-district and celebrity endorsements, we are focused on endorsements from people who actually live and work in the district,” he said. “That’s why we have over 225 local elected officials endorsing Henry Cuellar for reelection.”

Wednesday's endorsements were just the latest signs of a progressive revolt within the party. Ocasio-Cortez also endorsed Marie Newman, who is challenging Rep. Dan Lipinski, D-Ill., and went so far as to refuse paying Democratic Party dues over issues surrounding challenges to incumbents.

“One, I don’t agree with the policy around blacklisting groups that help progressive candidates,” she said, referring to a DCCC [Democratic Congressional Campaign Committee] effort to sideline vendors who assist challengers to members of Congress. “I think we need to evolve as a party and make room for that.”

Cisneros also received backing from the Sunrise Movement, a climate group that supports Ocasio-Cortez's "Green New Deal." In December, the group released a list of "insurgent" candidates it supported against Democratic incumbents.

Sunrise Political Director Evan Weber said at the time: “These insurgent campaigns are a clear indicator of the appetite for an entire new way of doing things, and a restructuring of our society under a populist agenda that guarantees things like living wage jobs, affordable and safe housing, universal clean air and water, and Medicare for All -- all policies which we see bundled into the Green New Deal framework."