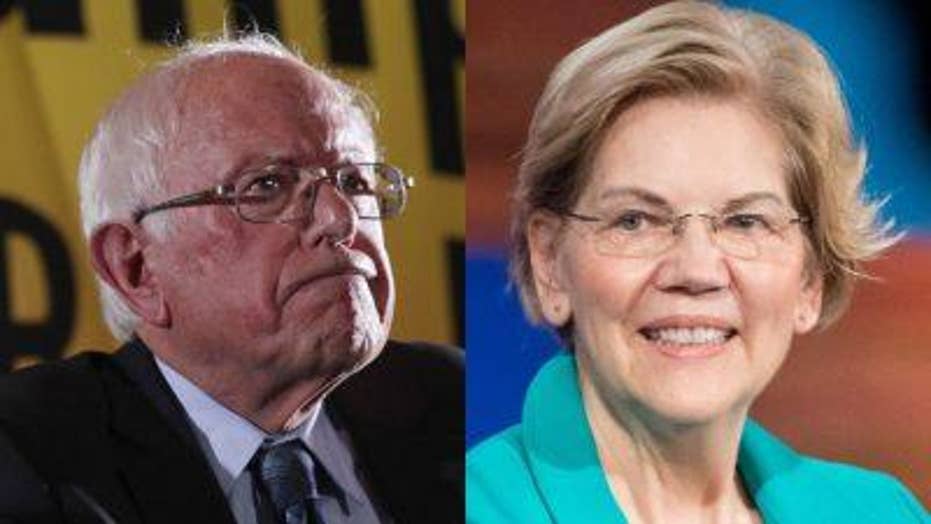 Democratic presidential contenders Sens. Bernie Sanders, I-Vt., and Elizabeth Warren, D-Mass., are trying to outdo each other with their campaign promises, according to Chris Stirewalt.

Sanders and Warren are both staking their claim in the progressive wing of the 2020 primary field, and beginning to cause concern among party brass, Stirewalt said Monday on "The Daily Briefing."

"By the time Bernie Sanders and Elizabeth Warren are done, they will be promising each and every American a new Buick LaCrosse in their parking lot," the Fox News politics editor claimed.

"They are in this lunatic derby. This is why Democratic leaders are rightly afraid of what's going on. Because, if Sanders - who is now promising to forgive the student loans of everybody, basically, 'throw in another trillion dollars,' - if either Sanders or Warren get the nomination, there is a reality that Democrats won't just miss out on taking the White House back, but they could get cleaned out in the Senate."

HOME DEPOT CO-FOUNDER: BERNIE SANDERS IS THE 'ENEMY OF EVERY ENTREPRENEUR' 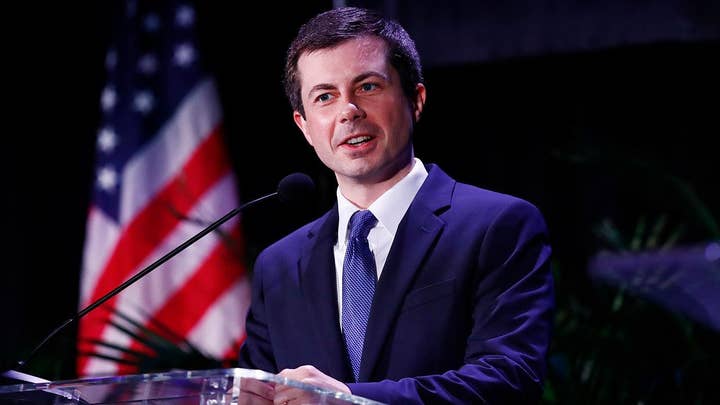 Stirewalt claimed there is a danger the two candidates' platforms could cause Democrats to also lose control of the House.

"This stuff is way outside the mainstream," he claimed. "That's what Democrats are afraid of."

During a speech Saturday at Clinton College in Rock Hill, S.C., Sanders claimed graduates are put in an "absurd position of having to pay that debt off for decades."

"Some of those people, they can't afford to get married," he said, in a clip played by host Dana Perino.

"They can afford to have kids. They can't afford to buy their own home. Well, we are going to change that."