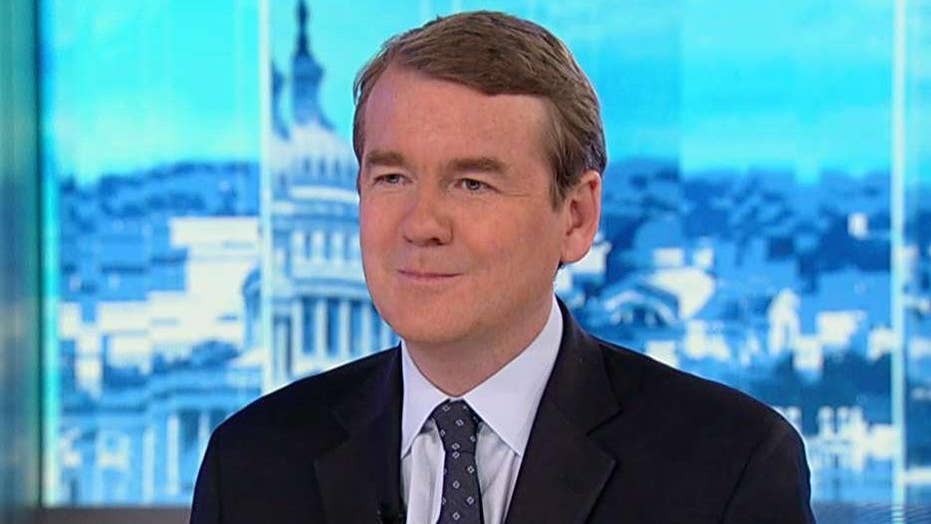 Democratic presidential candidate Michael Bennet took aim at his party’s national committee on Monday over fellow Democrat Steve Bullock’s announcement that he would end his bid for the White House.

The Montana governor suspended his campaign after failing to resonate in the polls, trailing far behind top-tier rivals when it came to campaign cash and proving unable to reach the thresholds needed to qualify for the Democratic National Committee’s autumn and winter debates.

Bullock repeatedly touted his success in three statewide elections and pushed a progressive agenda in a solidly red state that Donald Trump won overwhelmingly in the 2016 presidential election.

“I entered this race as a voice to win back the places we lost,” he noted in his announcement Monday.

Bennet, the senior senator from Colorado, is like Bullock in that he also hasn't made a debate stage since July. Bennet emphasized in a statement that “the fight to win back voters who abandoned our party for Donald Trump isn’t hopeless. It runs through battle-tested candidates from swing states, who know how to meet Americans where they are — not where the loudest voices on social media think they ought to be. It’s unfortunate that the DNC couldn’t make room for a perspective like that.”

Both Bennet and Bullock have been critical of the DNC’s debate-qualification rules for months.

Bennet, who, also like Bullock, is considered a long-shot contender for the nomination – argued: “I have a lot more faith in Democratic voters than I do in the people making up the debate rules at the DNC. The nomination won’t be won with Facebook ads or pithy tweets. It will be won by the person with the experience to defeat Donald Trump and an agenda best aligned with the priorities of the American people.”

And he pledged “that’s what I’m offering, and that’s how I’ll win.”

Of some 16 candidates still vying for the Democratic nomination, Bennet is one of just four who hails for a swing state or a GOP-dominated red state.

Bennet’s home state of Colorado is a perennial swing or battleground state. And some political analysts consider Minnesota – home to Sen. Amy Klobuchar – a purple state.