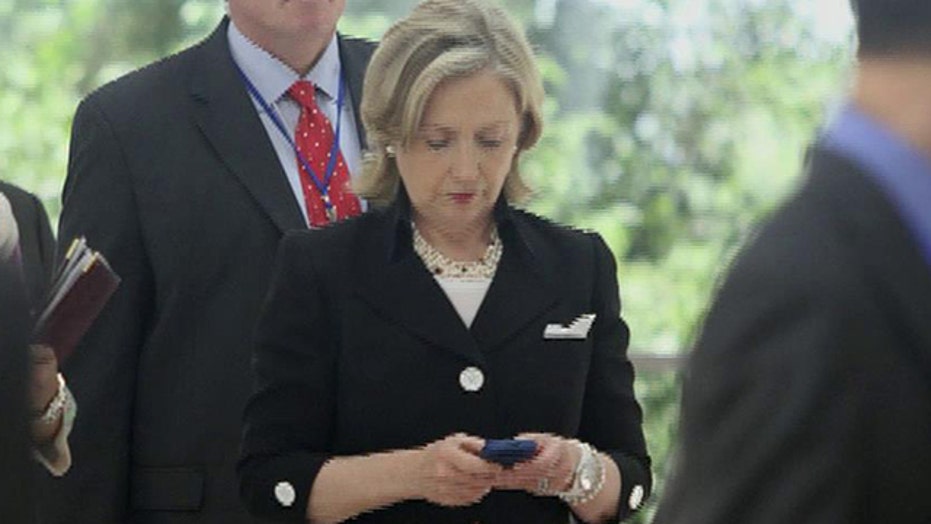 A former top aide to Hillary Clinton was brought in by the House committee probing the deadly Benghazi attacks to answer questions Thursday in a closed-door deposition, as her role in the former secretary of state's inner circle comes into focus with the latest release of Clinton emails.

Meeting behind closed doors from roughly 8:30 am until 6 pm, members of the panel were questioning Cheryl Mills, Clinton's former chief of staff. Jake Sullivan, another former top aide who now works on Clinton's presidential campaign, was set to be interviewed on Friday. Both sessions are off limits to the public.

Republican Rep. Trey Gowdy of South Carolina, chairman of the Benghazi committee, said that Mills "is no different from any other witnesses" who also have been interviewed in private.

After the session, Gowdy said, "the dialogue was professional" but that he could not answer any questions.

Rep. Lynn Westmoreland, R-Ga., a member of the Benghazi committee, told reporters after the hearing that Mills was "very pleasant and professional" and answered all questions but couldn't remember some things.

He said Mills had “memory lapses” and said it was three years ago, when referring to the night of the attack.Westmoreland said the memory gaps happened more when the committee’s Republican lawyers had questions, without providing further explanation.

The panel likely asked Mills about her role in preparing "talking points" for Obama administration officials following the 2012 attack on U.S. diplomatic facilities in Benghazi, Libya that killed four Americans, including the U.S. ambassador to Libya.

Questions also likely focused on Clinton's use of a private email account and server while she was secretary of state.

Recently released emails make clear that Mills, as chief of staff, was an active member of Clinton's inner circle -- her name appears more than 2,200 times in emails released so far.

The interview with Mills comes as a former State Department employee who helped Clinton set up the private email server said he will assert his Fifth Amendment right not to testify before the Benghazi panel and other congressional panels.

Attorneys for Bryan Pagliano sent the committee a letter Monday saying their client would not testify at a hearing planned for next week. The panel subpoenaed Pagliano last month.

The congressional committee was launched last year to investigate the Obama administration's response to the Benghazi attacks, but the probe has widened in recent months to focus on Clinton's use of a private email account and server.

Clinton has dismissed both controversies as "partisan games." Nick Merrill, a spokesman for Clinton's campaign, said in a statement Thursday that Clinton and her team "have been confident from the beginning that Hillary Clinton's use of a personal email was allowed and that she did not send or receive anything marked classified, facts confirmed by the State Department and the inspector general" for the State Department.

Clinton "has made every effort to answer questions and be as helpful as possible, and has encouraged her aides, current and former, to do the same, including Bryan Pagliano," Merrill said.

Clinton is set to testify before the Benghazi panel next month.