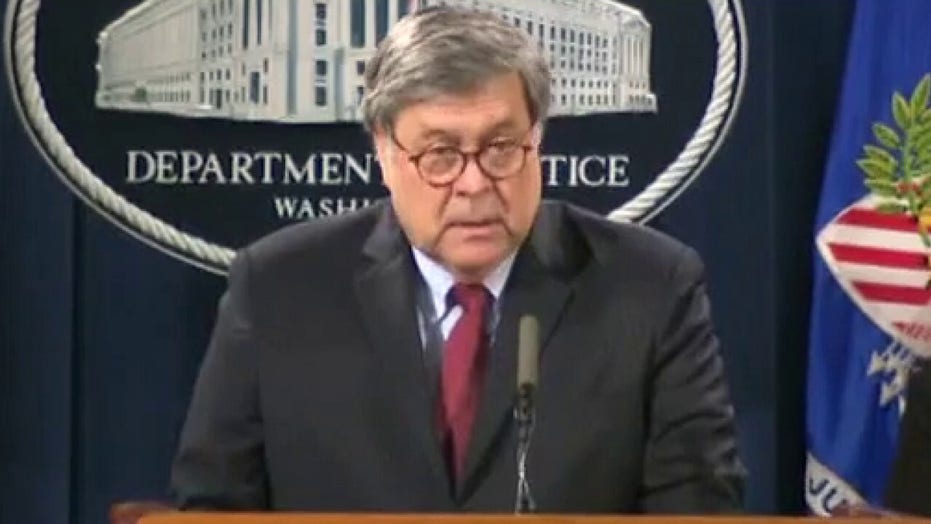 Attorney General William Barr, in an event announcing the enhanced presence of federal agents in cities to quell unrest, noted that the leading cause of death in young Black males is homicide.

“The principal danger to the lives of our inner-city communities is violent crime,” Barr said Wednesday. “The leading cause of death for young Black males is homicide... Every one of those lives matter."

According to the Centers for Disease Control and Prevention (CDC), homicide is the leading cause of death in non-Hispanic Black males aged 1-44.

TRUMP TO 'SURGE' FEDERAL AGENTS TO CHICAGO, OTHER CITIES, AMID SPIKE IN VIOLENT CRIME

At the law and order event, President Trump, alongside Barr, announced that he is deploying 100 federal agents to Chicago to combat rising crime rates.

The "surge," as Trump called it, of agents to Chicago and other American cities is part of Operation Legend -- named after 4-year-old LeGend Taliferro, who was fatally shot while sleeping in a Kansas City apartment late last month -- and comes as federal law enforcement officers have already descended on Portland, Ore., and Kansas City, Mo.

While sending federal agents to aid local law enforcement is not unprecedented -- Barr announced a similar surge effort in December 2019 for seven cities that had seen spiking violence -- the type of federal agents being sent, and some of their tactics, have raised concerns among state and local lawmakers.

Usually, the Justice Department sends agents under its own umbrella, such as agents from the Bureau of Alcohol, Tobacco, Firearms and Explosives (ATF) or the Drug Enforcement Agency (DEA). But this surge effort will include Department of Homeland Security Investigations (HSI) officers, who generally conduct drug trafficking and child exploitation investigations.

A number of lawmakers from New York to Portland have spoken out against the Trump administration sending agents to their cities, especially following reports that unidentified federal agents detained protesters in Portland and took them away in unmarked vehicles. Portland has been hit with near-daily demonstrations against police brutality and racial injustice since the death of George Floyd while in Minneapolis police custody in late May.

On Tuesday night, Chicago Mayor Lori Lightfoot said she would not allow Trump to send in federal forces to “terrorize” her city, just as a mass shooting injured 15 at a funeral home in Chicago’s South Side.

“Under no circumstances will I allow Donald Trump’s troops to come to Chicago and terrorize our residents,” Lightfoot had said.