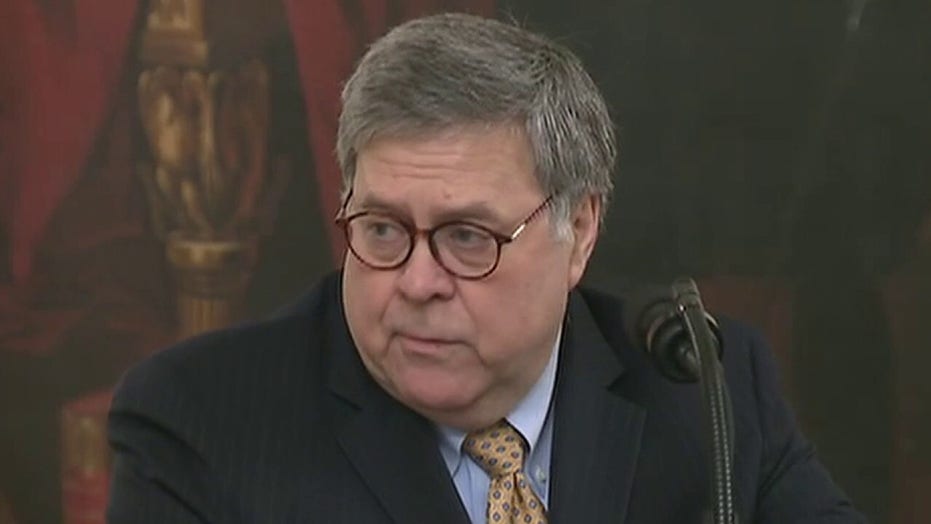 What does the future hold for Attorney General Bill Barr?

The Department of Justice says the attorney general has no plans to resign amid the controversial Roger Stone sentencing; former Attorney General Michael Mukasey weighs in.

Attorney General William Barr on Thursday gave a strong message of support to the country’s police officers, calling for Americans to respect cops and push back against an anti-cop attitude that sees resisting police as acceptable.

“Being a police officer is more difficult than it’s ever been before,” Barr said at an International Association of Chiefs of Police event in Miami. “One reason is the emergence of a deeply troubling attitude towards police in some parts of our society. Far from respecting the men and women who put their lives on the line to protect us, it is becoming common in some quarters to scapegoat the police ... and disparage the vital role played by law enforcement in our society.”

He highlighted statistics that show assaults against police have jumped by 20 percent to 6,000 a year and that, in 2018, 106 police officers died in the line of duty -- including 11 who lost their lives in ambushes.

Barr said he was distressed by the attitude “that it’s OK to resist police officers” and that it now happens “on a casual basis.” He told listeners that the reason such laws exist against resisting police is because police officers are put into dangerous situations which can escalate quickly.

“There are a number of DAs that have stopped enforcing resistance laws and I think we have to get back to the idea that it is completely unacceptable and we have zero tolerance for resistance of police,” he said. “If people have a problem we have processes and there's a time and place to raise your concerns or complaint, but resistance is unacceptable.”

Barr touted the administration's efforts to back the cops and said that police have “no greater champion than President Trump” before citing pro-cop and anti-crime measures signed by the president.

Trump last year directed the DOJ last month to establish the Commission on Law Enforcement and the Administration of Justice to look at how to reduce crime and confront issues such as mental health issues and substance abuse affecting officers.

Barr also cited bipartisan legislation passed by Congress and signed by Trump that funds mental-health and suicide prevention efforts for cops, as well as DOJ initiatives to improve officer safety and wellness. He noted that the suicide rate among law enforcement and firefighters is 40 percent above the national average. 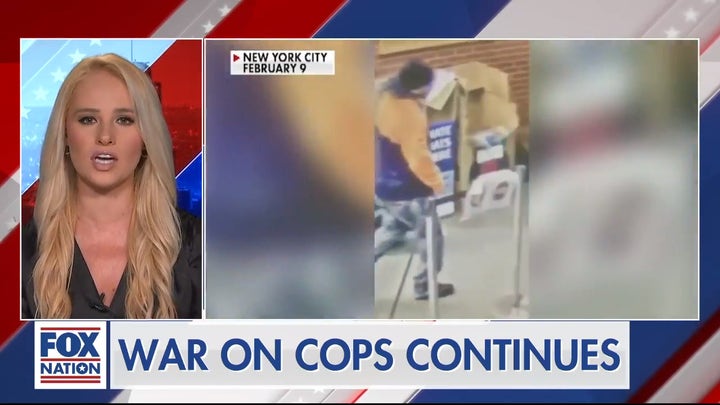 “We have to get back to basics, the basic and primary function of government is to protect the safety of its citizens…[law enforcement] has to be first in line and fully and adequately funded before other resources are deployed,” he said to applause.

But ultimately, he told the gathered officers, the government can only do so much and fund so much -- and that supporting police officers goes beyond state, local and federal government budgets.

“Support for American law enforcement needs to come from the American people too,” he said. “At a minimum, support means that we as individuals lend officers an extra amount of goodwill for having chosen a life of difficult public service and frequent personal risk.”

He compared police officers to soldiers, noting that veterans were often disrespected after returning home from the Vietnam War but that has now stopped and those attitudes have changed. He said there needs to be a similar "epiphany" in regards to law enforcement. 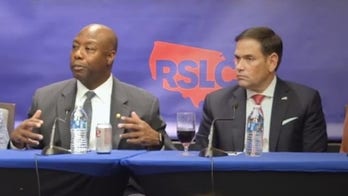