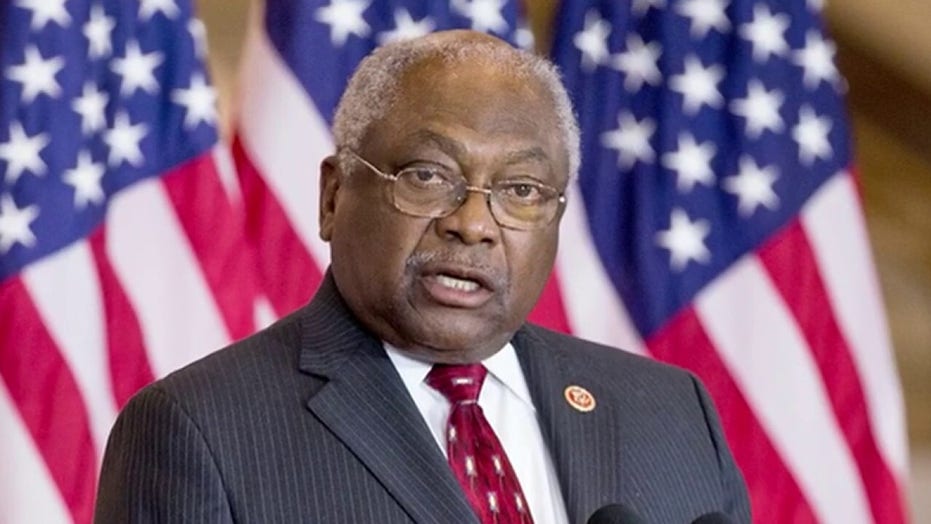 South Carolina Democrat Rep. James Clyburn, one of the most influential politicians in the state, announces he is endorsing Joe Biden days ahead of the primary; Ellison Barber breaks down the endorsement's impact on the race.

WHEN BILL CLINTON WAS ACCUSED OF RACISM DURING SOUTH CAROLINA PRIMARY

"This despicable ad is straight out of the Republican disinformation playbook, and it’s clearly designed to suppress turnout among minority voters in South Carolina by taking President Obama’s voice out of context and twisting his words to mislead viewers," said in a statement provided to Fox News on Wednesday.

The controversial ad, created by the Committee to Defend the President, plays audio of Obama talking about "plantation politics" and police brutality, as well as poor housing and jobs for African Americans. The words come from Obama's 1995 memoir, "Dreams from My Father."

While the recording of Obama plays, on-screen text displays claims about Biden's record on racial issues.

"Enough," a female voice says, after the recording of Obama finishes. "Joe Biden won't represent us, defend us, or help us. Don't believe Biden's empty promises."

Biden's campaign similarly attacked the ad as "desperate" and "despicable."

"Donald Trump and his allies are absolutely terrified that Joe Biden will defeat him in November," campaign spokesman Andrew Bates said.

"Trump even got himself impeached by trying to force another country to lie about the Vice President -- who's now the only candidate to have proven he can overcome Trump's trademark, craven smears. This latest intervention in the Democratic primary is one of the most desperate yet, a despicable torrent of misinformation by the president's lackeys. It spotlights yet again what we've all known for a very long time: Joe Biden will win this battle for the soul of our nation."

BIDEN VOWS TO TAKE THE PALMETTO STATE IN PRIMARY: I WILL WIN SOUTH CAROLINA

The Trump campaign did not immediately respond to Fox News' request for comment.

Obama has refrained from endorsing his former vice president and Hill's comments Wednesday represented one of the few times the 44th president has explicitly weighed in on the Democratic race.

However, The New York Times. reported last year that Obama reportedly told Biden, “you don’t have to do this, Joe, you really don’t,” in reference to entering the 2020 race. The paper also reported that Obama "took pains to cast his doubts about the campaign in personal terms."

Biden initially thought he could beat Trump in 2016, but Obama reportedly pushed back because, in part, he thought former Secretary of State Hillary Clinton would be more effective in continuing his legacy, according to the report.

In December, Biden claimed he didn't 'need an Obama endorsement."