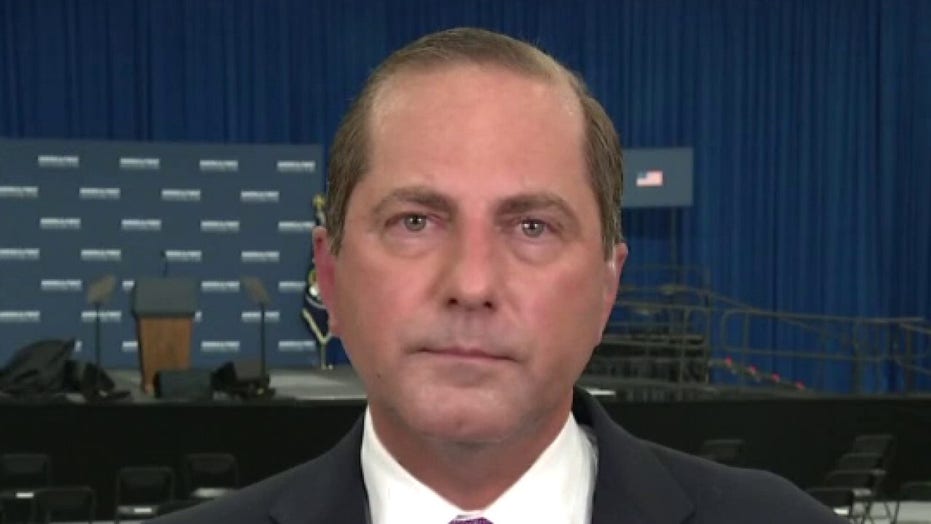 "Let's be clear about the status quo," Azar told host Bret Baier. "Right now, under this glorified Obamacare that many want to talk about -- that they say protects people with preexisting conditions, a family of two aged 55 in Missouri making $70,000 a year will spend $30,000 a year on premiums and $12,000 in deductibles. I am sorry, that is not .. protection against preexisting conditions. That is not affordable health care. That doesn't solve their problem. President Trump wants to work with Congress to solve their problems in a real way."

Azar acknowledged, however, that "given that the Democrats control the House, there are limited degrees of freedom in what one realistically can achieve by legislation.

"It is more than Obamacare," Azar went on. "Obamacare is about 20-25 million people on individual insurance and in the Medicaid expansion."

Turning to the ongoing race for a coronavirus vaccine, Azar said the U.S. "could have 100 million doses of FDA gold-standard vaccine by the end of the year. And we will not compromise on safety and efficacy standards."

"The American people should be reassured," he promised, "any vaccine that is approved by the FDA is going to be safe and effective according to the officials and standards of the Food and Drug Administration."