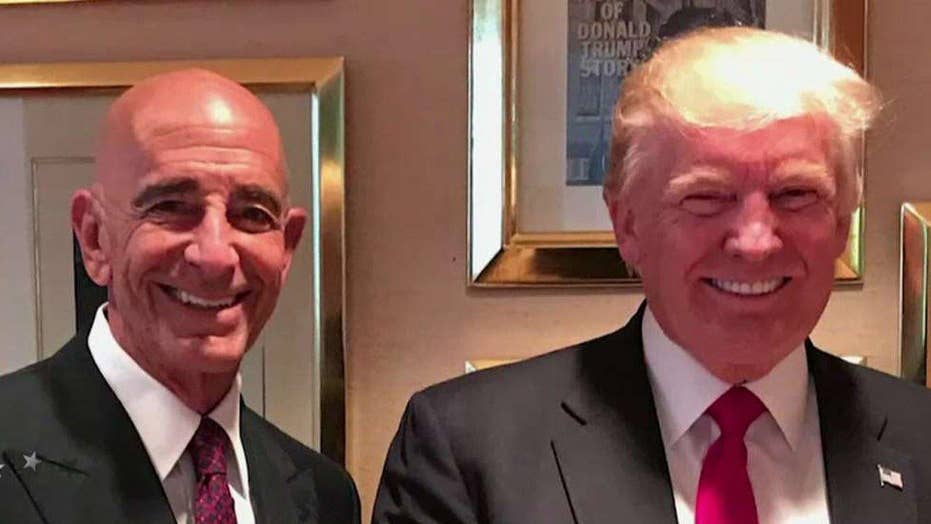 The man Donald Trump picked to run his inauguration

All of the lawmakers who plan to skip the ceremony are members of the House. Some are using Trump’s lewd statements about women, remarks about illegal immigrants and the reports of Russian-backed hacking of political committees as reasons for not going to the event.

Lewis said in an interview NBC’s “Meet the Press,” which aired Sunday, to lash out against Trump, saying that he didn’t see the president-elect as a “legitimate president” as well as blaming Russian hacking for helping him get elected.

“I think the Russians participated in helping this man get elected. And they helped destroy the candidacy of Hillary Clinton,” Lewis said.

Trump fired back at Lewis Saturday on Twitter, telling Lewis that he should focus on fixing his district rather than “falsely complaining about the election.” Trump said Lewis’ district was in “horrible shape.”

Democratic lawmakers used the spat between Trump and Lewis as a reason for canceling plans for Inauguration Day, including Rep. Ted Lieu, D-Calif.

Vice President-elect Mike Pence said in an interview on “Fox News Sunday” that Lewis should reconsider his Inauguration Day boycott and urged congressional Democrats, and all Americans, to unite under Trump.

“While I have great respect for John Lewis and for his contributions, particularly to the civil rights movement, I was deeply disappointed to see someone of his stature question the legitimacy of Donald Trump’s presidency and to hear him say he was not attending the inauguration," Pence said. "I hope he reconsiders.”