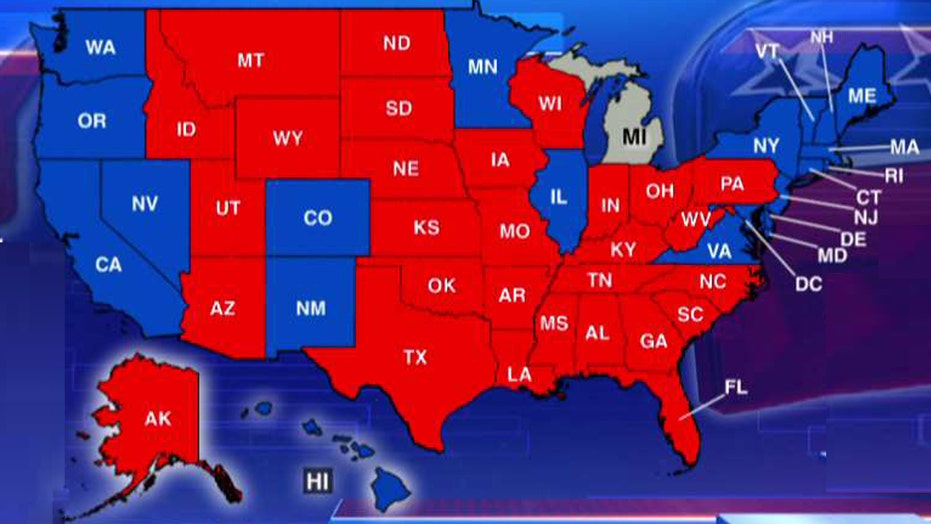 Eric Shawn reports on the debate over the Founding Fathers' creation

Arizona’s presidential electors are reportedly being hit by a flood of emails and phone calls demanding they defy the voters in their state and choose Hillary Clinton instead of President-elect Donald Trump -- as part of a last-gasp bid to overturn the election.

Since Trump’s surprise victory on Nov. 8, those opposed to his election have engaged in a number of strategies to attempt to nix the election or declare it invalid. Protests, many of them violent, have erupted in cities such as Portland and New York City.

Others, noting that Clinton appears to be on track to win the popular vote but still lose the election, have called for the scrapping of the Electoral College altogether. Retiring Sen. Barbara Boxer, D-Calif., introduced a bill this week calling for the scrapping of the college – although it is almost certainly doomed to fail in a Republican-controlled Congress.

Now in Arizona, a state which voted for Trump, activists are trying to overturn that by pushing the state’s members of the Electoral College to vote for someone other than Trump. The 11 members were chosen by the state Republican Party and are scheduled to assemble on Dec. 19 to cast their votes.

The Arizona Republic reports that the electors are not legally required to vote for Trump despite having pledged to support the party nominee. A number of electors told The Republic that they’ve been barraged with thousands of emails, phone calls and letters urging them to break that promise.

“It is total harassment,” Robert Graham, an elector and chairman of the state Republican Party, said. “It started about a week ago. Now? 'Bam!' It’s hardcore.”

Graham said most of the pleas come from out of state and include one that called a vote against Trump “an epitome of patriotism.”

Bruce Ash, another elector and Arizona’s GOP national committeeman told the Republic he had also received hundreds in what he called “an outright political maneuver.” He said many of the calls were hateful.

"They demonize me, they call me a homophobic, an isolationist, a bigot, a misogynist, and an anti-Semite, which is interesting because I'm Jewish," he told the Republic.

Sharon Geise said she has received as many as 8,000 overtures, and now doesn’t even dare to answer her phone.

“Hillary’s got a great campaign going,” she said.