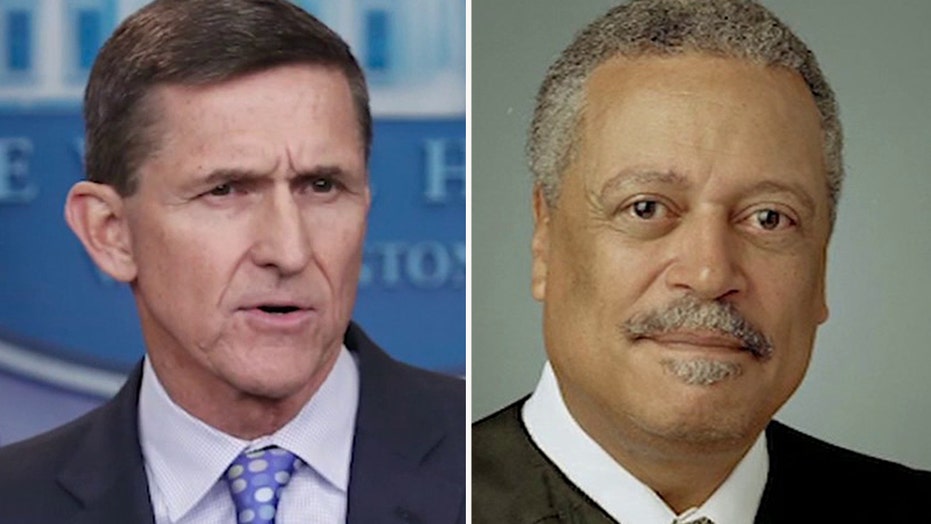 One of the judges on the panel overseeing an appeal to force Judge Emmet Sullivan to let the Department of Justice (DOJ) drop its prosecution against former National Security Adviser Michael Flynn said Friday that the court might have appointed an "intemperate amicus" to oppose the DOJ.

It was an apparent swipe at outside counsel John Gleeson, who wrote a lengthy 73-page brief this week opposing the DOJ's motion to dismiss the Flynn case, in which he said the government's arguments "are riddled with inexplicable and elementary errors of law and fact" and "are not credible as the real reasons for the dismissal of a criminal charge." Gleeson is a Sullivan-appointed "amicus curie," which is Latin for "friend of the court" -- meaning he is a third party allowed to present arguments in a case.

The judge's critique, however, was meant to underscore the point that Sullivan should be given leeway to make his own decision in the case.

"Granted, he may have chosen an intemperate amicus, but that doesn't mean that he is going to deny this motion," D.C Circuit Court of Appeals Judge Karen LeCraft Henderson, a George H.W. Bush appointee, said of Sullivan, a district judge in D.C. "And considering the drastic remedy that mandamus is, considering there's no precedent that allows us to move without an order, and considering that there's been a hearing set for July 16, I don't see why we don't observe regular order and allow him to rule." 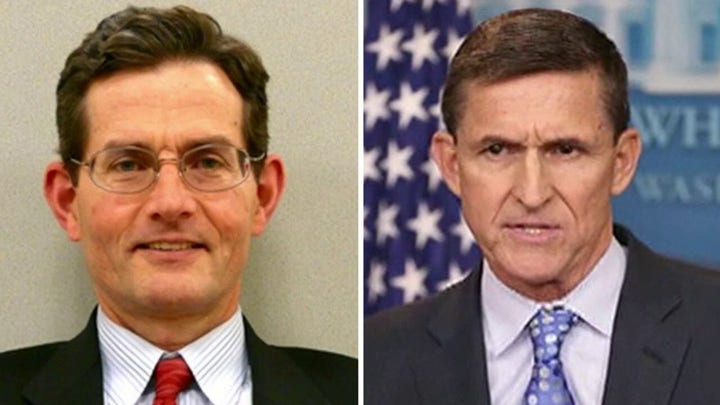 A writ of mandamus is an order from a court instructing a government official to perform his or her duties a certain way.

Henderson added: "For all we know [Sullivan] will say this amicus brief is over the top, the dismissal motion is granted."

Government lawyer Jeff Wall then repeated Henderson's phrasing in his response, arguing that an "intemperate amicus" is a further reason for the appeals court to step in and end the Flynn case.

"The reason I think you should go a step further is" if Sullivan eventually approves the dismissal of the Flynn case, "it's still not the case that the parties haven't suffered harms," Wall said. "The harms to Gen. Flynn are obvious from the prosecution... But the harms to the government are really what I'm focused on. You have, as you say, a potentially 'intemperate' amicus, you have all these allegations being lobbed at the executive branch. We're going to have to answer them in a public forum in a politicized environment."

Flynn pleaded guilty to lying to the FBI regarding his contacts with a Russian ambassador during the Trump administration's transition before later seeking to withdraw the plea. The DOJ eventually filed a motion to drop the charges, citing improper conduct by FBI agents who were investigating the case, in what was an extraordinary move as Flynn was awaiting sentencing. In his own extraordinary move, Sullivan refused to immediately grant the government's motion and sought outside input opposing the government's motion -- from Gleeson.

On Friday, the appeals court was considering a motion by Flynn's lawyers to short-circuit the process and order Sullivan to approve the motion to drop the case against Flynn immediately.

Flynn's personal lawyer Sidney Powell also hit Gleeson on his brief during the oral arguments as she argued that continuing the case would be an unnecessary burden on Flynn.

"We would simply be delaying the inevitable," she said. "He just got dumped on a 72-page brief that we have to answer by Wednesday ... the toll it takes on a defendant to go through this is absolutely enormous."

Powell added, regarding the executive's continued involvement in the case: "The government's just wasting resources out the wazoo."