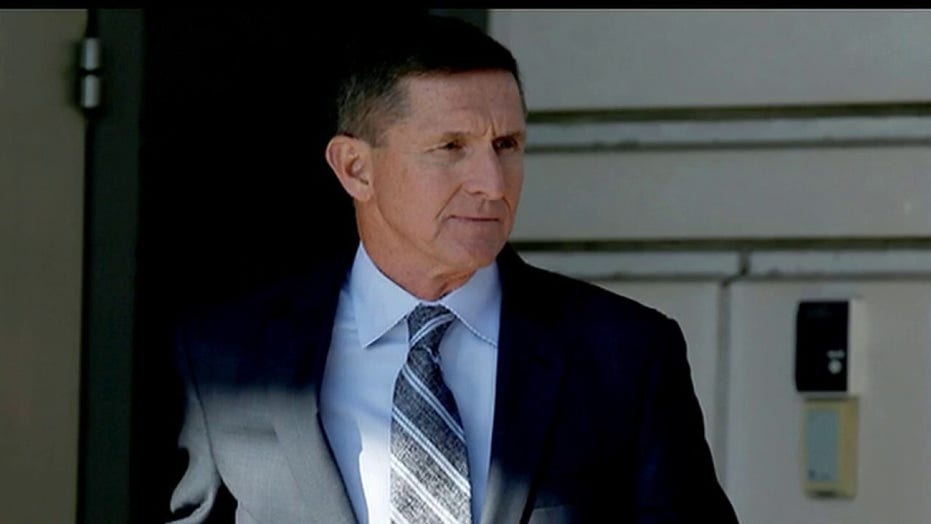 Judges on a D.C. appeals court Friday seemed skeptical of arguments that they should force a federal judge to dismiss a case against President Trump's former National Security Adviser Michael Flynn as sought by the Department of Justice (DOJ) -- after Flynn's lawyer said the case was "concocted" and slammed previous "government misconduct" against him.

The unusual move from Judge Emmet Sullivan to keep the case alive despite prosecutors' wishes was preceded by an unusual move from the DOJ itself to drop the charges against Flynn even after he had pleaded guilty -- saying the FBI interview that led to his charge of lying to investigators had no "legitimate investigative basis."

But the long-running case continues to drag on. The latest twist involved the higher D.C. appeals court panel agreeing to review the handling of the matter. After Sullivan moved to accept input from outside parties, he was called to defend his own decisionmaking before the panel in response to a petition from Flynn to force the judge to let the case die.

At issue is the discretion of the judiciary to delay, deny or question the prosecution’s decision to continue pursuing a criminal case. 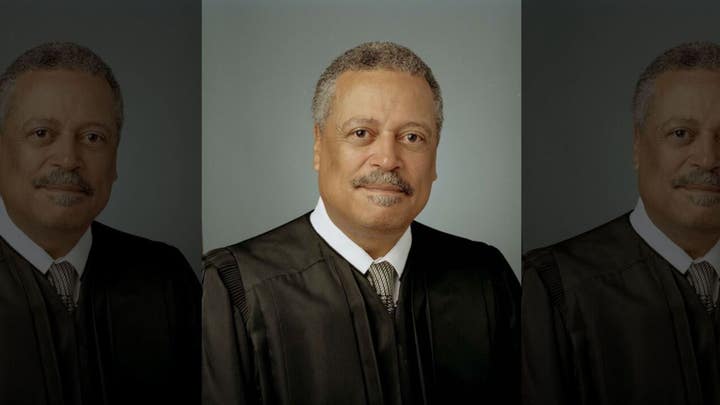 She added that she believes Sullivan doesn't have the authority to do anything but approve the DOJ motion, and that continuing the case would be an unnecessary burden on Flynn.

"We would simply be delaying the inevitable," Powell said. "He just got dumped on a 72-page brief that we have to answer by Wednesday ... the toll it takes on a defendant to go through this is absolutely enormous."

"The government's just wasting resources out the wazoo," she said.

Powell also complimented the government's claim that the case against Flynn was flawed: "This is the most impressive motion to dismiss I have ever seen in decades of practice."

"I don't know of any authority that says he can't hold a hearing before he takes action," Henderson said.

The judge is “not a rubber stamp” Henderson said, adding there was “nothing wrong” with holding a hearing.

The two judges on the three-judge panel seemed to be siding against Flynn, but Trump appointee Neomi Rao got into a couple of combative exchanges with Sullivan lawyer Beth Wilkinson.

"What does it even mean to have an adversary when the government and the defendant agree?" Rao asked Wilkinson, referencing the anti-Flynn views Sullivan brought into the case through people asked to submit "friend of the court" briefs.

For his part, government lawyer Jeff Wall told the judges that it is the government's position that it does not need to tell the court all of the reasons why it wants to dismiss a case -- just those it chooses to disclose.

Wilkins responded by asking if it was proper for the government in a police use of force case to have racist motives in dismissing charges against a police officer, but not tell that to the government. "There can't be a remedy for it unless you know that it's happening," Wilkins said. "If the district court isn't allowed to ask" if there are other reasons for why the government is dismissing the case "you'd never know it's happening."

"Whatever its motives, there's no longer an Article III case or controversy," Wall added, citing a fundamental judicial principle that he says overrides any other considerations.

Wall added in his closing arguments that Sullivan was trying to be the "executive and judiciary."

“It is unusual for a criminal defendant to claim innocence and move to withdraw his guilty plea after repeatedly swearing under oath that he committed the crime,” he said, referring to Flynn's past guilty plea of lying to investigators. “It is unprecedented for an Acting U.S. Attorney to contradict the solemn representations that career prosecutors made time and again, and undermine the district court’s legal and factual findings, in moving on his own to dismiss the charge years after two different federal judges accepted the defendant’s plea.”

The DOJ moved to dismiss the case against Flynn -- Trump's first national security adviser who pleaded guilty to lying to the FBI before trying to withdraw that plea -- claiming the FBI interview was "conducted without any legitimate investigative basis."

The three-judge panel heard the arguments by teleconference. The court postponed in-person court sessions because of the pandemic.

Rao also questioned Wilkinson on whether Sullivan was attempting to create his own case by appointing outside counsel John Gleeson, himself a former federal judge, to oppose the DOJ.

Wilkinson responded that "all the court is doing is getting advice" on how it should treat the government's motion. Wilkinson further said that the "leave of court" standard at question in approving motions to dismiss gives the court discretion to weigh whether it would be in "public interest" for the case to continue. 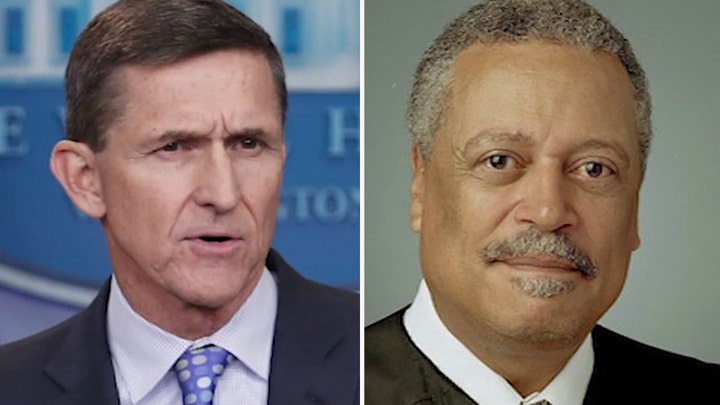 Attorney General William Barr faced harsh backlash for the decision to drop the case, but has defended it in interviews since.

“The argument is that it's always been understood that decisions whether to pursue an individual through the prosecution process or holding them criminally accountable is vested in the executive branch and not the courts,” Barr told Fox News' Bret Baier.

Critics, however, have said that Barr and the DOJ's explanation is a pretense and that the dismissal is really a case of an ally of the president getting favorable treatment from his administration.

Sullivan, who has overseen the Flynn case, refused to immediately approve the DOJ's motion to drop the charges against Flynn, and began accepting arguments from outside parties -- something he previously refused to do in the case.

Friday's oral argument session is the result of an appeal from Flynn's lawyers asking for a writ of mandamus, essentially an order telling a government official to carry out a certain duty, from the D.C. Circuit Court of Appeals telling Sullivan to approve the DOJ's motion.

Rule 48(a) of the Federal Rules of Criminal Procedure states that prosecutors “may, with leave of court, dismiss an indictment, information, or complaint." At issue Friday is the amount of discretion "with leave of the court" gives trial judges when the federal government decides it no longer wants to pursue a criminal case.