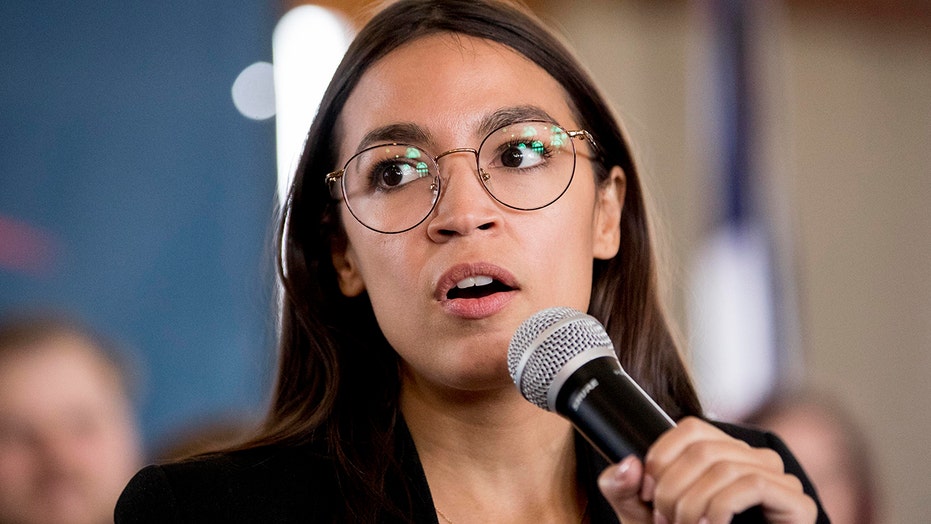 Rep. Alexandria Ocasio-Cortez, D-N.Y., said on Tuesday that she wouldn't attend President Trump's State of the Union address, indicating that doing so would legitimize what she saw as lawless conduct under his administration.

"After much deliberation, I have decided that I will not use my presence at a state ceremony to normalize Trump’s lawless conduct & subversion of the Constitution," she tweeted on Tuesday afternoon. "None of this is normal, and I will not legitimize it. Consequently, I will not be attending the State of the Union."

She seemed to refrain from judging other members who sought to attend, tweeting: "This is a deeply personal decision for each member to make, and a choice I did not take lightly."

Ocasio-Cortez has been one of the most vocal advocates for President Trump's impeachment. Her comments came as the Senate deliberated whether or not to remove Trump from office -- an unlikely prospect that will likely rile Democrats like Ocasio-Cortez, who have claimed Trump abused his power in a July 25 phone call with Ukraine.

The progressive icon previously attended the president's State of the Union address in 2019, joining other female lawmakers in wearing white to commemorate women's suffrage.

Trump's State of the Union addresses previously faced boycott threats and this year's was no different. Several other House Democrats -- Reps. Frederica Wilson of Florida, Steve Cohen of Tennessee, Earl Blumenauer of Oregon, and Ayanna Pressley of Massachusetts--have already committed to not attending.

"The State of the Union is hurting because of the occupant of the White House, who consistently demonstrates contempt for the American people, contempt for Congress & contempt for our constitution," Pressley tweeted on Tuesday. "I cannot in good conscience attend tonight's sham #SOTU."

Rep. Ilhan Omar, D-Minn., a fellow "Squad" member, said she would attend but as a form of "resistance." "I am attending tonight’s address not to confer any legitimacy on his actions, his statements, or his presidency. I am attending on behalf of all of those targeted by this President to say, ‘We are greater than hate.’ My presence tonight is resistance," she tweeted.

Omar added that Trump was not a "legitimate" president, apparently commenting on the ongoing impeachment trial in the Senate.

Amid speculation about whether Trump will bring up his impeachment during the State of the Union address, White House deputy press secretary Hogan Gidley said on Tuesday that “the word 'impeachment' is not in the speech."

Though Gidley said that he did not see “impeachment” in the prepared text of the speech, he seemed to not rule out the possibility of Trump mentioning it.