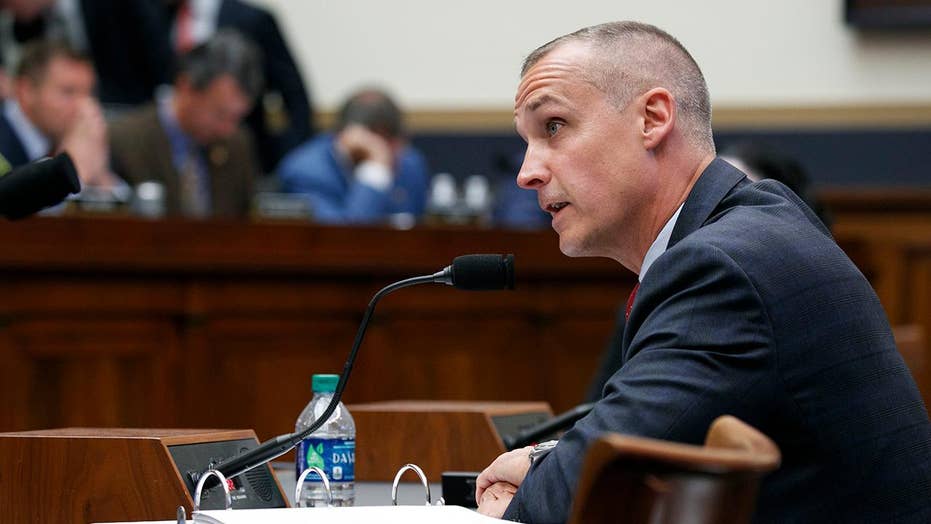 On today's episode of 'The Story', Martha sits down with Corey Lewandowski following his five hour hearing; plus, Sean Spencer talks about his ‘Dancing with the Stars’ debut.

The president's former campaign manager was the first witness to be called in the Democratic-led impeachment investigation and his nearly five hours of questioning was argumentative, fiery and combative on both sides.

“It is now clear the investigation was populated by many Trump haters who had their own agenda – to try and take down a duly elected president of the United States,” Lewandowski said in his opening statement. “As for actual collusion or conspiracy, there was none. What there has been, however, is harassment of this president from the day he won the election.”

Still, Democrats are not backing down in the hope of making good on their threat to impeach Trump. They claim he obstructed justice and that his campaign colluded with Russia during the 2016 election, the subject of a nearly two-year-long investigation by Special Counsel Robert Mueller's office that eventually ended in no conclusive charges against the president.

She also added that members of his administration and former campaign staff should also face punishment, singling out Counselor to the President Kellyanne Conway.

"In my opinion, they should be thrown in jail ... or fined in a way that would be painful," she said.

Ocasio-Cortez has been outspoken in support of impeachment proceedings, despite the reluctance of House Speaker Nancy Pelosi, D-Calif., who has warned that a failed impeachment bid could potentially doom efforts to prosecute Trump after he leaves office and overshadow the Democratic campaign efforts before the 2020 election.

The White House has pushed back against the impeachment inquiry with equal aggression, blocking oversight requests and declining to provide new documents or allow former aides to testify.

Ocasio-Cortez previously urged the House of Representatives to vote on impeachment proceedings as a ploy to "stain" Republicans.

"Once the House impeaches, the House has impeached the president. And then that hearing goes to the Senate," she told reporters for MSNBC last week.

"If they want to fail it, then I want to see every Republican go on the record and knowingly vote against impeachment of this president -- knowing his corruption, having it on the record so that they can have that stain on their careers for the rest of their lives, because this is outrageous to protect the amount of lawlessness."

Ocasio-Cortez also told Fox News Tuesday that the House is "taking a look" at possible impeachment proceedings against Supreme Court Justice Brett Kavanaugh over allegations of sexual assault that have been revived by a recent book written by two New York Times reporters.

"It opens a very serious question about how the FBI conducted the case ... and opens up the possibility that Kavanaugh perjured himself," Ocasio-Cortez said of Kavanaugh's confirmation hearings last year.