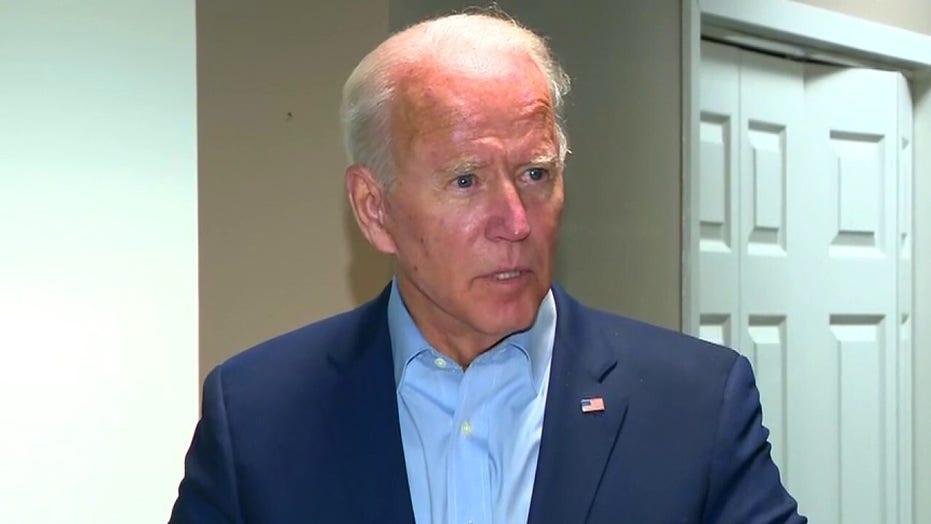 Biden speaks on death of Justice Ginsburg: 'She was a beloved figure'

Rep. Alexandria Ocasio-Cortez, D-N.Y., mourned the loss of Justice Ruth Bader Ginsburg as "earth-shattering" and said the balance of democracy now hinged on who would succeed her on the Supreme Court.

The freshman "Squad" leader urged her supporters not to despair, but rather mobilize in a mass way because reproductive rights, marriage equality, labor protections, climate change and health care were now all at a "tipping point."

"Let this moment radicalize you," Ocasio-Cortez said late Friday in a social media video. “Let this moment really put everything into stark focus because this election has always been about the fight of and for our lives. And if anything, tonight is making that more clear to more people than ever before.”

In an Instagram live video posted around 10:30 p.m, the freshman Democrat urged some 45,000 people watching to double-check their voter registration immediately, organize for the election and reach out to friends and family to get them to turn out.

"I need you to be ready," Ocasio-Cortez said.

Ocasio-Cortez said she jumped on the live video to address those grieving the loss of Ginsburg and who were "scared" about the future. She spoke for about 40 minutes about the gravity of the vacancy and how important it was to keep up the fight for Democrats to win in November.

She alluded to Joe Biden’s unpopularity among progressives who preferred that Sen. Bernie Sanders, I-Vt., be the party's nominee, but said November is about survival.

“We need to focus on voting for Joe Biden. I don't care if you like him or not,” Ocasio-Cortez told her supporters.

“We need to focus on voting for Joe Biden. I don't care if you like him or not.”

“Voting for Joe Biden is not about whether you agree with him. It's a vote to let our democracy live another day," she added.

Ocasio-Cortez, 30, the youngest woman ever elected to Congress, stressed that the loss of the liberal icon put the rights of Americans in jeopardy with conservatives in control of the Supreme Court.

“It's earth-shattering," Ocasio-Cortez said. "This kind of vacancy and this kind of tipping point is the difference between people having reproductive rights, and the government controlling people's bodies for them.

PELOSI: RUTH BADER GINSBURG'S DEATH IS 'AN INCALCULABLE LOSS FOR OUR DEMOCRACY'

McConnell had announced within hours of the justice's death that he would hold a Senate vote on President Trump's next nominee – an opposite stance to 2016, when McConnell blocked then-President Obama’s nominee Merrick Garland until after the election.

"If Mitch McConnell is not going to honor RBG's final wish, we will,” Ocasio-Cortez said.