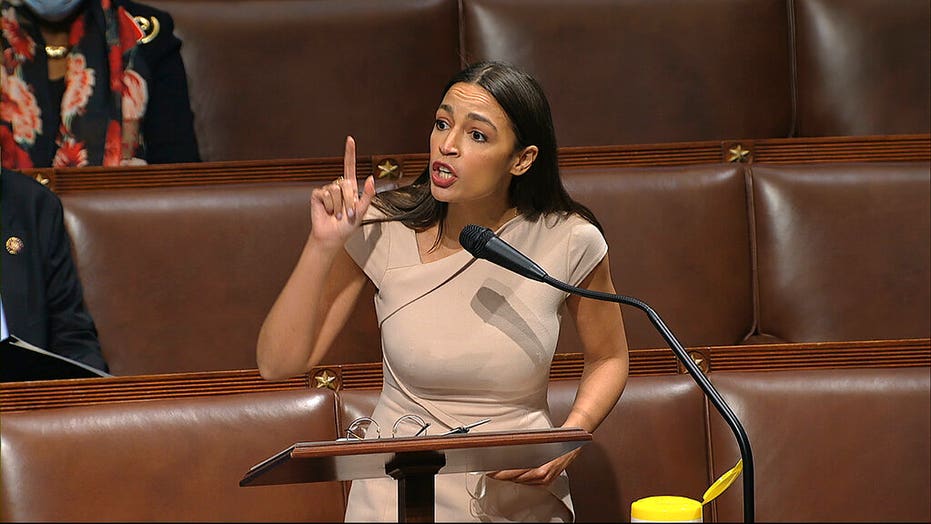 The freshman lawmaker was removed from the primary ballot after receiving only 13 signatures from members of the progressive group that has dubbed itself the "Tea Party of the left" -- two short of what she needed to get on the ballot.

Now, she won’t be on the WFP ballot line in the November general election, either, said Martin O'Connor, attorney for AOC's Democrat opponent Michelle Caruso-Cabrera.

“AOC has hurt working people of the Bronx and Queens with her votes and creates disunity within our party," Caruso-Cabrera told the New York Daily News. "No wonder why pro-union forces don’t want her, and neither do our neighborhoods.”

Caruso-Cabrera said the leftist firebrand is out of touch with the needs of her blue-collar district.

The Working Families Party is an independent political party that cross-endorses progressive candidates through New York's fusion voting system -- which allows endorsement across ballot lines -- to press Democrats to the left and extract concessions without being dismissed by voters as a spoiler.

Under fusion voting, multiple political parties can list the same candidate, pooling the votes for that candidate.

The WFP endorsed Sen. Bernie Sanders, I-Vt., in the 2016 election, and he described Working Families as “the closest thing" to “my vision of democratic socialism.”

New York Gov. Andrew Cuomo had lowered the number of signatures needed to qualify for the primary ballot to 15. Ocasio-Cortez submitted 14 signatures, but one was thrown out because the voter was a registered Democrat.

New York Supreme Court Judge Phillip Hom ruled that Ocasio-Cortez should be removed from the WFP ballot, where she would have run unopposed.

Leaders of the Working Families Party vowed they would still campaign for Ocasio-Cortez even after her removal from the ballot.

“We believe the Congresswoman is the leader her district and this country needs," said Sochie Nnaemeka, director of the state party, who decried petition challenges amid the coronavirus pandemic.

Ocasio-Cortez and Caruso-Cabrera, a former CNBC anchor, are at the front of the race for the Democrat primary in New York’s 14th Congressional District spanning through Queens and the Bronx, trailed by a number of lesser-known candidates. Eight Republicans are also vying for Ocasio-Cortez's seat, but whoever wins the Democrat primary is essentially assured victory come November in the deep-blue district.

Having a spot on the Working Families Party ballot would have offered Ocasio-Cortez a glimmer of hope should she suffer a defeat from Caruso-Cabrera.

New York's June 23 presidential primaries were reinstated last week after previously being canceled due to coronavirus, but the state attorney general appealed the reinstatement decision Friday, according to New York City's News 1.

Local primaries will go on as scheduled on June 23.