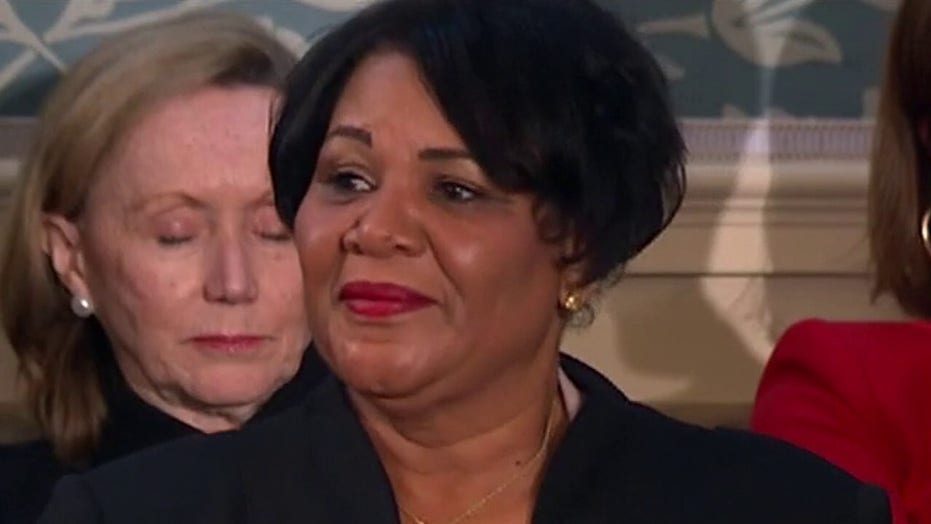 Rep. Alexandria Ocasio-Cortez, D-N.Y., once again proved her fundraising prowess by raising $2.4 million in just two months as she kicks up her campaign operation before her June 23 primary election, according to federal campaign finance reports she filed this week.

Her April and May cash haul brings the total raised for her reelection bid to more than $10.5 million, making the freshman rep among the best fundraisers for the Democrats, along with House Intelligence Committee Chairman Adam Schiff, D-Calif., and House Speaker Nancy Pelosi, D-Calif., federal elections records show.

Ocasio-Cortez, 30, is facing a spirited Democratic primary challenge from former TV journalist and CNBC anchor Michelle Caruso-Cabrera, who is running as a pro-business moderate in the Queens and Bronx district. She's hit Ocasio-Cortez for opposing Amazon bringing one of its headquarters to New York.

Caruso-Cabrera raised $930,000 during the same two-month period, bringing her total to more than $2 million for the entire election cycle.

The district is solidly Democratic, so this month's primary will decide representation in the 14th Congressional District.

Of the $2.4 million Ocasio-Cortez raised in April and May, she spent $1.3 million, largely on health care and payroll for her campaign staff, contractor fees, rent and utilities for her offices in Queens and the Bronx, fundraising fees to Act Blue and lots of Facebook and Google advertising. She heads into the primary election with more than $4.6 million left in the bank.

Ocasio-Cortez brought in the vast majority of her donations -- about 79 percent -- from small-dollar individual contributions. Caruso-Cabrera got about 20 percent of her donations from grassroots donors in April and May. The former anchor has garnered support from the business community and even some of President Trump's supporters.

Caruso-Cabrera will get an assist from the U.S. Chamber of Commerce, which is spending six figures on advertising in the race in English and Spanish against Ocasio-Cortez, Politico reported.

Since defeating powerful Rep. Joe Crowley, D-N.Y., in 2018, Ocasio-Cortez has continued to make waves in Washington by actively supporting liberal progressive challengers to incumbents. She said she welcomes her own primary challengers because each representative should have to fight hard to win support from their community.