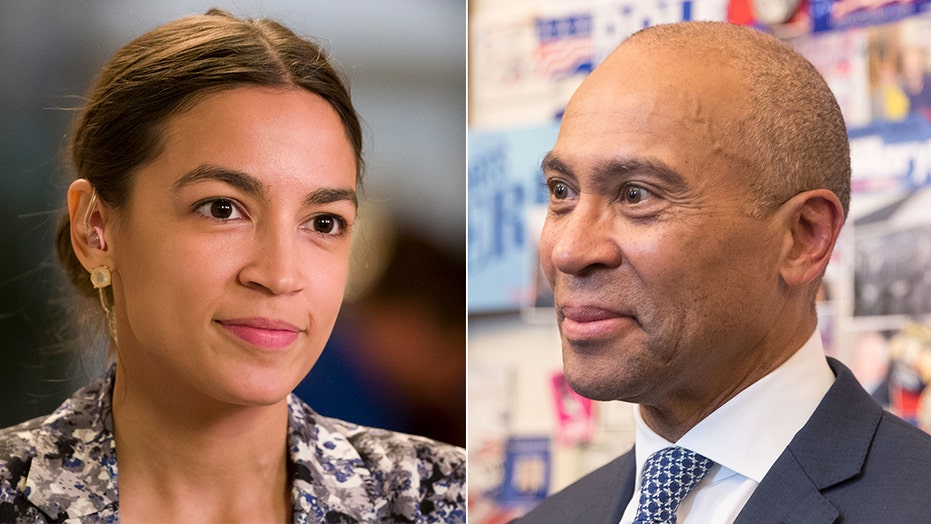 Rep. Alexandria Ocasio-Cortez, D-N.Y., appeared to take a shot at billionaire Michael Bloomberg and former Massachusetts Gov. Deval Patrick for their late entries to the Democratic presidential primary, with less than three months until the Iowa caucuses.

Patrick, who led Massachusetts from 2007-2015, announced Thursday morning in a video on social media and an email to supporters that he would jump into the race. He later officially filed for the New Hampshire primary, one day before the deadline to do so. Bloomberg, who has not made an official campaign announcement yet, has filed to have his name on the Democratic primary ballot in Alabama and Arkansas. Sources close to Bloomberg tell Fox News that it’s unlikely the former New York City mayor would make any 2020 presidential announcement this week.

"Call me radical, but maybe instead of setting ablaze hundreds of millions of dollars on multiple plutocratic, long-shot, very-late presidential bids, we instead invest hundreds of millions into winning majorities of state legislatures across the United States?" Ocasio-Cortez tweeted Thursday afternoon. "Just a thought!"

Patrick and Bloomberg would both face similar obstacles to gaining traction in the presidential race. Their late starts mean their opponents will have an advantage in organization for key states as well as a significant head start on fundraising. Patrick, specifically, will have to overcome the fact he does not have national name recognition.

Additionally, due to the size of the 2020 field, the Democratic Party has set benchmarks in polling and fundraising for candidates to qualify for a spot in the party's nationally-televised debates. To make it on the stage for the December debate, Bloomberg and Patrick would have to garner 4 percent in at least four qualifying national or single-state polls or get 6 percent support in two single-state polls while also attracting at least 200,000 unique donors with a minimum of 800 in 20 separate states.

Meanwhile, Democrats will now completely control the Virginia state government for the first time in over two decades after a successful election day last week, lending credence to Ocasio-Cortez's assertion that there is some ground to be gained for Democrats in the 2020 state elections. Currently, Republicans control 29 state legislatures while Democrats control just 19, according to the National Conference of State Legislatures.

"There’s already one Massachusetts elitist liberal running in the Democrat field, yet Deval Patrick must think she, nor any of the other candidates aren’t good enough. Reminder: Patrick doesn’t stand a chance against President Trump either,” Republican National Committee spokesman Steve Guest said in a statement.

A late entry to the race does not mean a candidate can't make waves. Bloomberg's fellow billionaire Tom Steyer didn't commit to joining the presidential field until July, and he's qualified for the November debate. It remains to be seen if Patrick or Bloomberg can create as much traction as the longtime progressive booster in a significantly shorter period of time.

Paul Steinhauser contributed to this report.