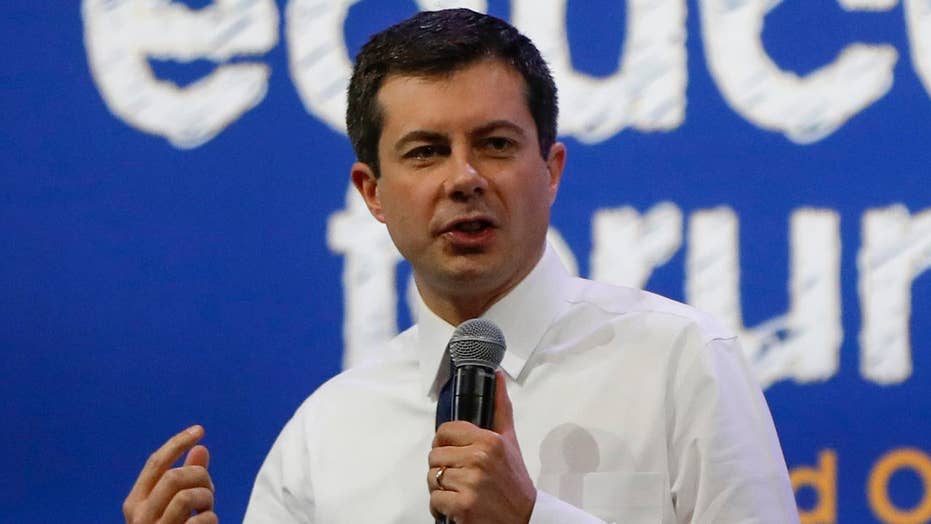 Rep. Alexandria Ocasio-Cortez, D-N.Y., criticized South Bend Mayor Pete Buttigieg over the weekend for holding a fundraiser at what has been called the "billionaire wine cave," but she wasn't exactly up front about the campaign contribution she received from billionaire Democratic donor and current 2020 candidate Tom Steyer.

The freshman congresswoman railed against the one percent at a campaign rally for Sen. Bernie Sanders, I-Vt., over the weekend and took some not-so-veiled shots at the Indiana mayor over the fiery spat he had with Sen. Elizabeth Warren, D-Mass., at last week's Democratic debate.

She continued, “Let me tell you something... I go to work all the time and I hear people say, 'what will my donors think?; I hear that phrase. And I hear and I see that billionaires get members of Congress on speed dial and waitresses don’t, okay? There's a difference.”

But it turns out that AOC's 2018 congressional campaign was funded in part by at least one billionaire.

According to OpenSecrets.org, Steyer made a $2,700 campaign contribution to the Democratic "squad" member in August of last year.

Ocasio-Cortez's campaign did not immediately respond to Fox News' request for comment.

At last week's debate, Warren confronted Buttigieg for attending a lavish fundraiser in Napa, Calif., saying he was cavorting with "billionaires in wine caves" -- prompting Buttigieg to retort that Warren, a multimillionaire, was a populist in name only.

"You know, according to Forbes magazine, I'm literally the only person on this stage who is not a millionaire or billionaire," Buttigieg shot back. "This is the problem issuing purity tests you yourself cannot pass."