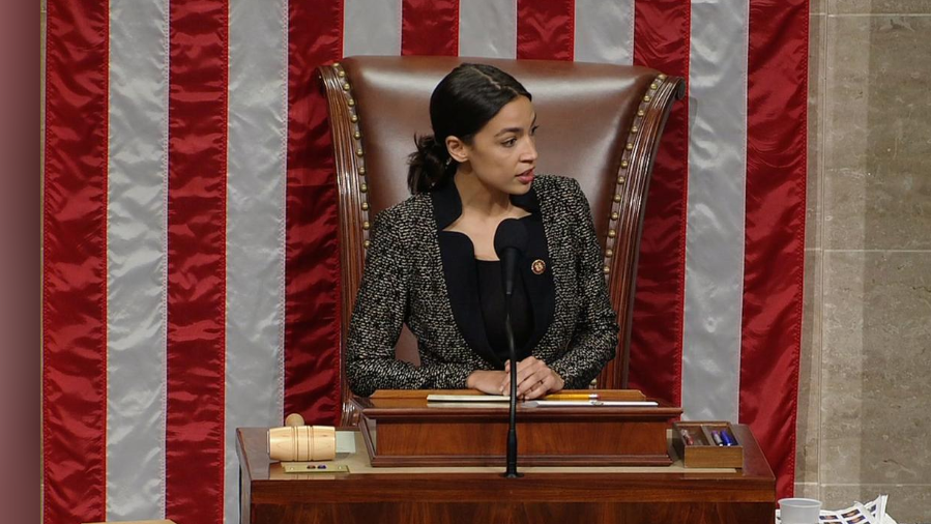 Rep. Alexandria Ocasio-Cortez on Friday briefly grabbed House Speaker Nancy Pelosi's gavel to preside over the House — reportedly becoming the youngest woman ever to do so.

"Every day here is a sacred privilege + responsibility entrusted to me by my community. I never forget that, and moments like these drive it home," she wrote.

Ocasio-Cortez, 29, presided over the House of Representatives for roughly an hour as part of a routine rotation of members, Reuters reported.

The congresswoman presided over "special orders," which typically consists of House members discussing their home districts after legislative business is completed.

“That was my first time presiding. And it’s exciting," Ocasio-Cortez told reporters. "It’s certainly a view. I wish we could, I wish we were allowed to take photos."

Last month, Pelosi, D-Calif., described Ocasio-Cortez as "a wonderful member of Congress, as I think all of our colleagues will attest" as she said certain districts, like the freshman rep's, are "solidly Democratic."