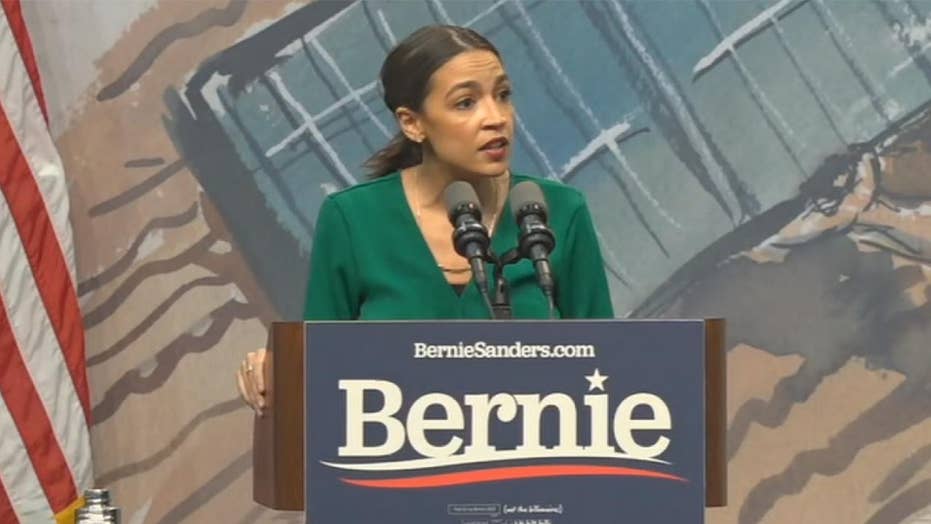 Watch: AOC appears to accuse Bloomberg of trying to 'purchase our political system'

Her comments came one day after Bloomberg filed to run in Alabama's Democratic presidential primary. Although he hasn't formally launched his campaign, Bloomberg's wealth would appear to make him a prime target for more progressive politicians like Ocasio-Cortez.

SURGING WARREN GETS 'SQUAD' MEMBER'S BACKING AS SHE FENDS OFF DEM RIVALS, BILLIONAIRES

Bloomberg, a perceived moderate, won two New York City mayoral elections as a Republican before winning a third term as an independent. In 2018, he switched his party affiliation to Democrat, saying he was "far away" from the Republican Party and wanted Democrats to provide the "checks and balances our nation needs so badly."

The 77-year-old Bloomberg has previously panned Ocasio-Cortez's signature legislation -- the "Green New Deal" -- arguing that it stood "no chance" of passing the Republican-controlled U.S. Senate. Instead, he pledged to spend $500 million on closing every coal-fired power plant in America by directing money towards lobbying efforts and electing local politicians.

"Almost right after I got sworn in, there was a Republican member that told me that caring about the climate was elitist ... as though billionaires aren't buying up their enclaves, thinking they can protect themselves from this. What's elitist is thinking this isn't a problem," she said.