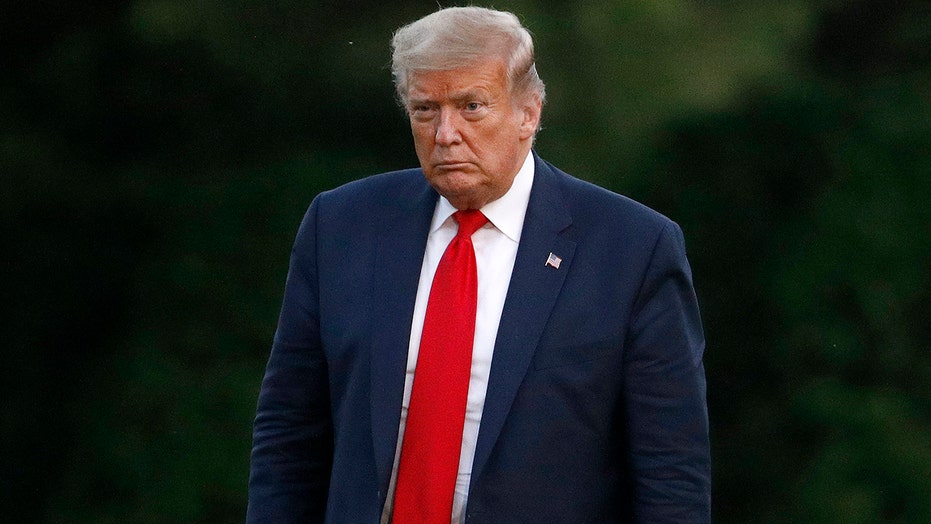 Kristin Fisher reports from the White House on the federal government's response.

A Republican group that opposes President Trump’s re-election is running a scathing new TV commercial on Monday that targets the president over his comments and record on race relations.

The spot from the Lincoln Project – which comes amid a wave of racial protests and violence – is titled "Flag of Treason" and highlights people carrying and waving Confederate flags at Trump rallies and other political events.

FLOYD DEATH UNREST: RIOTS AND VIOLENCE ESCALATES IN SEVERAL CITIES ACROSS THE COUNTRY

The group says they’re spending a half-million dollars to run the ad on broadcast and cable television this week in the key general election battleground states of Arizona, North Carolina, Florida, Pennsylvania, Wisconsin, Michigan, as well as in the Washington, D.C., TV market.

Spotlighting the Confederate flag, the narrator in the commercial points out that after the defeat of the Southern secessionist states in the Civil War, “those with honor surrendered and cast it aside forever.”

The narrator then asks, “So why does it keep showing up today at events supporting Donald Trump? Why does he call the folks who carry it ‘very fine people.’”

The ad then uses a controversial clip of the president – during the violent protests in Charlottesville, Va., in August 2017 – saying, “I think there’s blame on both sides ... but you also had people who were ... very fine people.”

Trump did openly condemn white supremacists after the 2017 clashes.

Fox News reached out to the Trump re-election campaign for reaction to the Lincoln Project spot, but they declined to comment.

The release of the commercial comes one week after the death of George Floyd, a black man who died in Minneapolis police custody after a white police officer put his knee on his neck for eight minutes. Floyd's death sparked protests across the nation this past week, with many of them turning violent, including clashes with police and rioting.

The president has been targeted by critics and some in the media for not formally addressing the nation in order to quell the unrest – and for tweets that many feel are incendiary.

Last month the group slammed the president over his handling of the coronavirus pandemic in a spot titled “Mourning in America,” which was a riff on the successful "Morning in America" ad by President Ronald Reagan’s 1984 re-election team.

The president fired back after the Lincoln Project’s last ad went up, calling them a “group of RINO Republicans who failed badly.”