Conservative commentator Ann Coulter, who until recently was one of President Donald Trump’s most outspoken supporters, ripped his State of the Union speech on Tuesday as “the lamest, sappiest, most intentionally tear-jerking SOTU ever.”

Coulter live-tweeted her thoughts during the nearly 90-minute speech, in which Trump appealed for unity in Washington amid gridlock over border security funding that threatens to trigger yet another government shutdown.

The 57-year-old pundit blasted Trump for barely touching on the wall during his speech.

She later admitted to checking out early because she was too tired to watch the whole speech.

Coulter, who authored the book “In Trump We Trust,” has been one of the president’s biggest supporters, particularly for his commitment to combat illegal immigration by building a wall at the U.S.-Mexico border. But her support for the president soured amid Trump’s concession to Democrat’s refusal to fund the border wall and reopen the government after a historic 35-day partial shutdown.

Coulter sarcastically told liberal host Bill Maher on HBO’s ‘Real Time,’: “OK, I’m a very stupid girl,” for expecting Trump to keep his promise on the border wall the government reopened with no funding for the border wall. 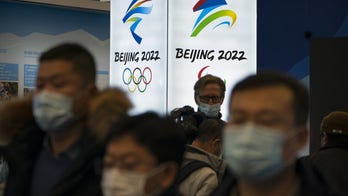