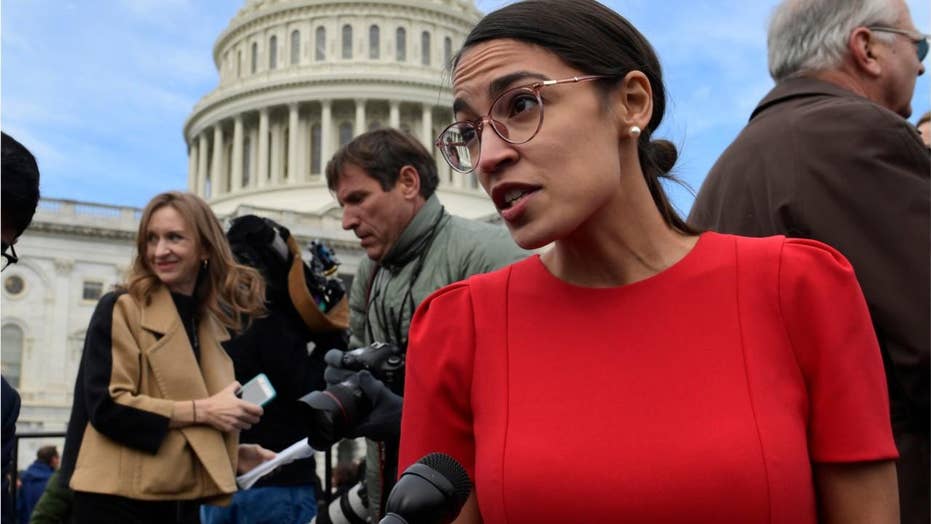 Ocasio-Cortez has been calling for the creation of 'Green New Deal' legislation, which would eliminate much of the United States’ fossil-fuel consumption. So far, Sens. Bernie Sanders, I-Vt., and Cory Booker, D-N.J., and 40 House Democrats have said they support the proposal, but incoming House Democratic leadership has put it on pause for now.

Politicians calling themselves "Democratic socialists" have made very-visible gains in the past year, with Rep. Alexandria Ocasio-Cortez joining Congress on Thursday and Sen. Bernie Sanders becoming a party icon with the status to bring policies like Medicare-for-all into the mainstream.

But the trend goes well beyond those two, as polls show American voters across the country – in particular, young people and Democrats – increasingly warming to socialism over capitalism.

The shift is a recent phenomenon, and reflects a dimming view of capitalism more than anything.

Democrats, meanwhile, were evenly split between capitalism and socialism back in 2010. But now, 57 percent say they hold a positive view of socialism, compared with just 47 percent who say the same for capitalism.

The trend extends to high school students, according to a YouGov poll released in November, which found 14-17-year-olds split 50-50 on whether socialism or capitalism is better.

Americans as a whole, however, still prefer capitalism 56 percent to 37 percent.

So why the increase among some groups?

Polling experts say Bernie Sanders' softer brand of "Democratic socialism" has sold well among young people partly because they have no personal memory of Soviet-style socialism.

“Young people today do not remember the Cold War and thus don't associate socialism with an enemy of the United States,” Emily Ekins, director of polling at the libertarian Cato Institute, told Fox News.

Socialism historically has been linked to the Soviet Union’s history imprisoning dissident voices in gulags, food shortages and economic stagnation. The Soviet Union went by the full name “Union of Soviet Socialist Republics,” or USSR. 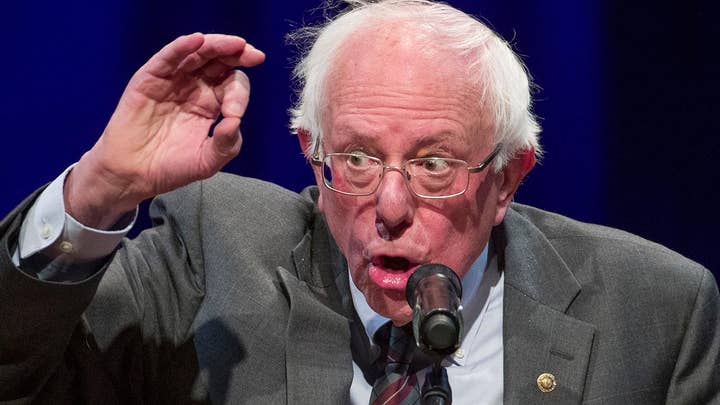 Part of the increase in support for socialism may also come from differing views over the meaning of the term.

While Merriam Webster defines “socialism” as government ownership of production, and/or the abolition of private property – in line with how the word has been used historically – many Americans now think the word simply applies to the policies of prosperous nations with robust social safety nets like Denmark and Sweden.

Sanders himself seems to have changed his view about the meaning of socialism over the years. A young Sanders once praised violent socialist governments in Cuba and Nicaragua, but during his 2016 presidential campaign, he stated: “When I talk about Democratic socialism, I’m not looking at Venezuela. I’m not looking at Cuba. I’m looking at countries like Denmark and Sweden.”

Denmark’s prime minister at the time contradicted Sanders, saying: “Denmark is far from a socialist planned economy. Denmark is a market economy.”

Since the 1980s, Denmark has in fact moved away from socialist policies. It privatized many industries, including a national phone system, an airport and railroads, and also deregulated many sectors.

Spokesmen for Sanders, and the Democratic Socialists of America, did not respond to requests for comment for this report. But Sanders, when describing his philosophy, has often focused on the generous government programs and relative equality in countries like Denmark.

“What Democratic socialism is about is saying that it is immoral and wrong that the top 1/10th of 1 percent in this country ... own almost as much wealth as the bottom 90 percent,” Sanders told CNN’s Anderson Cooper in a presidential debate.

“You see every other major country providing health care to all people as a right except the U.S.,” Sanders added.

Experts say it’s generous welfare programs and wealth redistribution, rather than the official definition of “socialism,” that most American supporters endorse.

“The good news is that people who say, ‘Yes, I want socialism!’ don't have a clue what they're saying,” Tom Palmer, executive vice president at the Atlas Network who used to smuggle pro-freedom books into the Soviet Union, told Fox News.

But Palmer said he takes little relief from people’s misunderstanding of the word: “The bad news is that this is always true [that people don’t know what socialism is really about] in every place where socialists take over and then utterly destroy the economy.”

While part of the rise in support for “socialism” may be due to generational miscommunication, another part is that younger people do tend to want bigger government.

But Ekins said opponents of a welfare state may not be squeezed out in the future, since young people tend to become less pro-government as they start working and paying taxes.

As evidence, she pointed to survey data from the late 80s. Then, Pew surveys found that 52 percent of baby boomers wanted more government, too – boomers now tend to oppose that. Generation X also moved in that direction as they aged.

“Many young people change their minds as they get older and take on more responsibility,” Ekins said.

In the end, she said, people will have to discuss whether the U.S. can really afford a welfare state similar to the one in Denmark, without “undermining human creativity, risk-taking, entrepreneurship ... or bankrupting the country.”