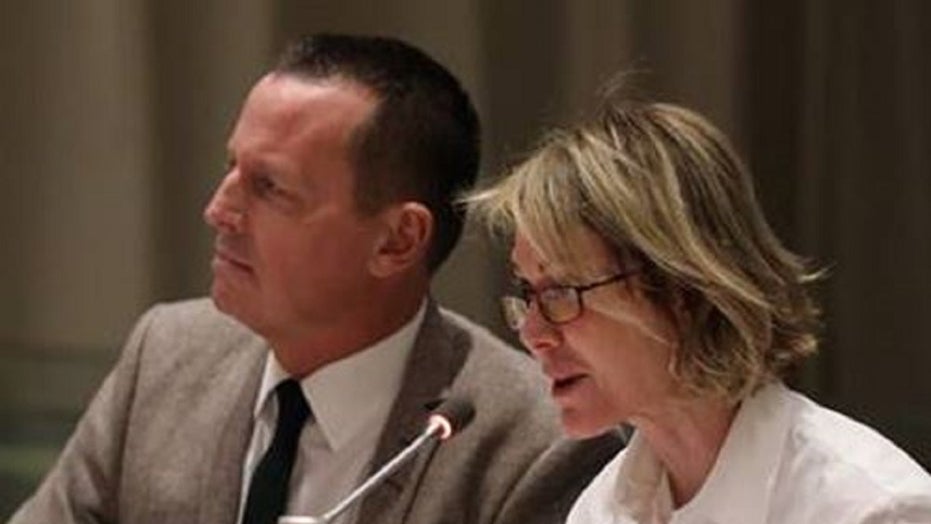 UNITED NATIONS – Two American diplomats on Wednesday called out 69 nations that criminalize same-sex relationships -- some with the penalty of death -- and urged their leaders to expanded protections for the LGBTQ community.

“Individual men and women around the world have faced—and continue to face—punishment and even death, specifically because of their sexual orientation,” Craft said. “This is a wrong we should seek to right, and it is a wrong I am personally committed to helping right.”

The participants discussed strategies, mindful not to impose the values of Western cultures on recalcitrant nations or interfere in national sovereignty of the many non-Western governments who have such laws.

Grenell, a veteran Americal official who is openly gay, has pushed for greater protections for people targeted because of their sexual orientation.

He read aloud a list of nations that either outlaw homosexuality or persecute gay people through discrimination, throwing them in jail or death. Included on the list were Iran, Iraq, Kuwait, Saudi Arabia, Jamaica, Kenya, Senegal, Cameroon Antigua, Barbuda, Syria and Yemen, among dozens of others.

As of 2016, same-sex sexual acts were outlawed in 33 of the 54 African countries recognized by the United Nations. Earlier this year, the sultan of Brunei in Asia announced plans to make gay sex punishable by death through stoning or whipping. He walked back those plans after international outcry.

“We need to have 69 different plans of action because we are dealing with 69 different countries. It is a long road,” said Grenell. “The U.N. should be a place to hold countries accountable.”

Hadi Damien, a gay activist in Lebanon, addressed the panel as the Lebanese Ambassador to the United Nations Amal Mudallali sat in the audience listening.

Richard Grenell, US Ambassador to Germany, and Kelly Craft, the U.S. ambassador to the United Nations speak at a Tuesday meeting to address decriminalization against same-sex relationships. (Donald Conahan/USUN)

“We need to have open and honest conversations... and today we wonder, what do countries like us do? How can we negate our current politics?” Damien said.

Johnnie Moore, an influential evangelical leader and a member of the U.S. Commission on International Religious Freedom, said the religious freedom community has been an important ally for the issue. “We need religious leaders to stand up and say this is not only a bad law that needs to be changed but it is in defiance of the human dignity of an individual.”

Stuart Milk, the nephew of former San Francisco Supervisor Harvey Milk, who was the first openly gay elected official in California and was assassinated by a former supervisor colleague in 1978, urged Craft and Grenell to “step up to the plate.”

“My uncle famously said that hope is never silent, so I am asking all of us through the leadership of Ambassador Craft and Ambassador Grenell to step up to the plate... having a law that criminalizes LGBTQ people simply should not exist today,” Milk said.

Grenell acknowledged the effort will be complicated.

“There are no easy answers,” he said. “I’ve been in this room thousands and thousands of times, it feels good. But, this is the first stand-alone meeting on the decriminalization of homosexuality and the moment is not lost on me.”