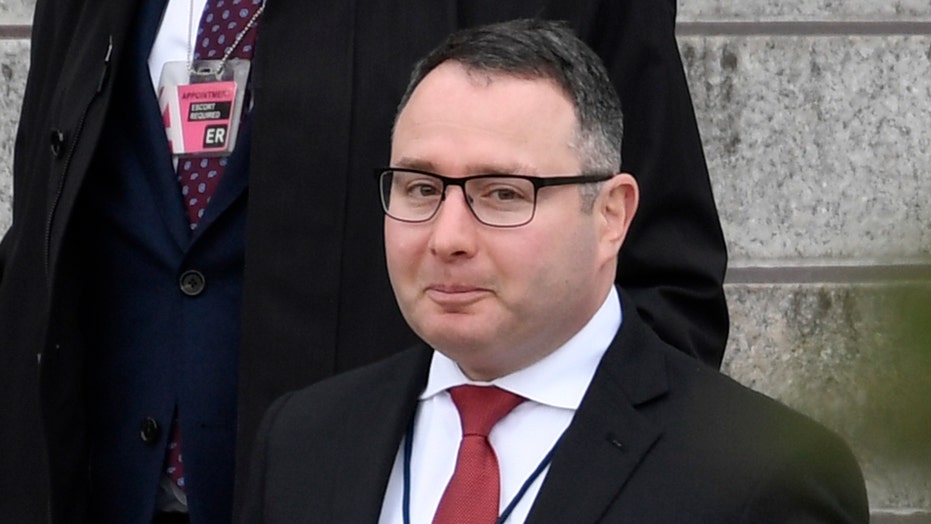 Lt. Col. Alexander Vindman, a key impeachment witness against President Trump, retired from the Army Wednesday, with his lawyer citing "a campaign of bullying, intimidation and retaliation" for cutting short his military career.

Vindman marked his retirement by tweeting a picture of himself in a rumpled plaid shirt working on a laptop -- a stark contrast to the many photos of him in uniform.

"Today I officially requested retirement from the US Army, an organization I love. My family and I look forward to the next chapter of our lives," Vindman posted.

Vindman already was fired in February from the National Security Council and escorted off the White House grounds two days after the Senate acquitted Trump in his impeachment trial. His twin brother, Lt. Col. Yevgeny Vindman, was also ousted from the NSC at the same time.

Trump said in February that Vindman needed to go because he was "very insubordinate" and misrepresented his "perfect" call with Ukrainian President Volodymyr Zelensky. The phone call was at the heart of impeachment charges against Trump for abuse of power and obstruction of Congress.

Vindman served for 21 years in the military, but retired because "it has been made clear that his future within the institution he has dutifully served will forever be limited," David Pressman, Vindman's lawyer, said.

In a statement, Pressman said Vindman was bullied by Trump and his proxies for answering a subpoena from Congress to testify.

Vindman was an important witness for Democrats during the House impeachment inquiry. He raised concerns over Trump’s July 25 phone call with Zelensky, in which he pressed Ukraine to launch an investigation into Joe Biden, now the presumptive Democratic presidential nominee, and his son, Hunter.

DUCKWORTH VOWS TO BLOCK OVER 1,000 MILITARY CONFIRMATIONS UNTIL PENTAGON PROVES VINDMAN WILL BE PROMOTED

"LTC Vindman’s patriotism has cost him his career," said Pressman, a former ambassador to the United Nations for Special Political Affairs. "Today our country loses a devoted soldier, but it is incumbent upon all of us to ensure it does not lose the values he represents."

Congressional Democrats accused Trump of retaliating against impeachment witnesses, including Vindman and U.S. Ambassador to the European Union Gordon Sondland, who was recalled from his position.

Duckworth, also an Iraq War veteran who served as a helicopter pilot, accused Trump of trying to politicize the armed forces.

But Esper signed off on Vindman’s promotion to colonel on Monday, a senior defense official confirms to Fox News, two days before the Army officer announced his retirement.

The official called it a “win win” for both the administration and Vindman since he can now leave the Army before receiving a new assignment, one that would certainly lower his profile.

Vindman will soon be free to speak out about his White House experience and pursue interests outside the military, according to officials.

Vindman’s name was on a list scheduled to be delivered to the White House of all military officers being promoted to colonel. The planned promotion was first reported by Reuters.

News of Vindman's retirement prompted an immediate show of support from other Democrats in Congress.

"Remember that in the hardest and darkest of times you stood with honor," tweeted Rep. Ruben Gallego, D-Ariz., a Marine Corps veteran. "History will remember you. Your service to this county is not done."