Alabama Republicans are urging lawmakers to remove Rep. Ilhan Omar, D-Minn. from Congress after a series of controversial statements, including remarks about Israel and her support of economic boycotts against that country.

The state GOP passed a resolution last weekend at the party's summer meeting in Auburn calling on its congressional delegation to “proceed with the expulsion process” against the first-term congresswoman.

“Representative Omar has engaged in rhetoric that explicitly runs counter to American values and patriotism by falsely accusing U.S. armed forces of committing war crimes while on mission to liberate her home country of Somalia,” the resolution said. 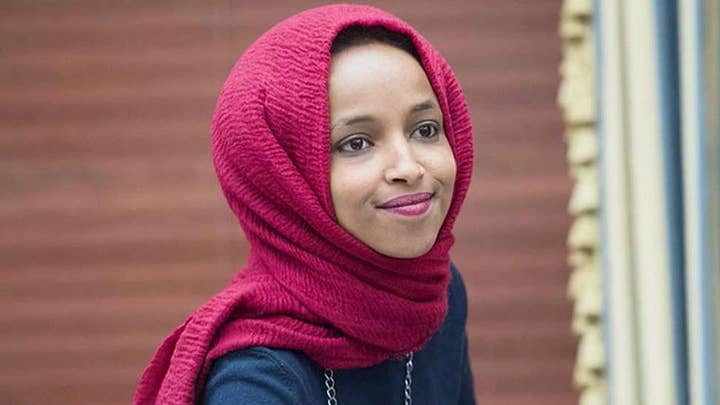 It said Omar also “dismissed the 9/11 terror attacks waged by radical Islam” and “sympathized with a convicted terrorist” by advocating for “sentencing leniency.”

State Rep. Tommy Hanes introduced the resolution, which was approved on a voice vote. One Republican opposed it, according to The Alabama Political Reporter.

In a statement to Fox News, Hanes said Omar's actions "have proved her to be sympathetic to radical Islam" and said her race and religion were irrelevant.

"Rep. Omar is ungrateful to the United States and the opportunities that have been afforded to her," Hanes said. "Anyone that holds contempt for America ought not serve this great nation as a member of Congress."

In response to the resolution, Omar tweeted that she was "elected with 78% of the vote by the people of Minnesota's 5th District, not the Alabama Republican Party" and made reference to Roy Moore, who faced multiple allegations that he had romantic relationships with underage girls while in his thirties. The accusations derailed his 2017 U.S. Senate bid.

Omar wrote, "If you want to clean up politics, maybe don’t nominate an accused child molester as your Senate candidate?"

Omar has faced criticism from both political parties over several recent remarks, particularly those centered on Israel and American-Israeli ties.

Alabama Republicans cited “a disturbing record of using anti-Semitic language that includes alleging Jewish money is used to buy American influence regarding its policy toward Israel.” 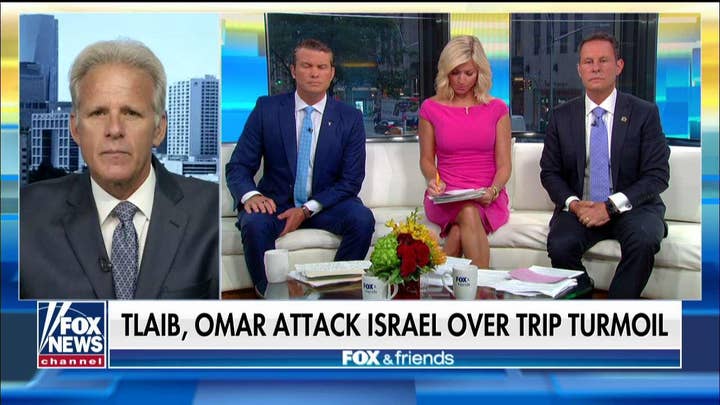 The resolution also mentioned Omar's support for the Boycott, Divestment, Sanctions (BDS) movement that has aimed to put economic pressure on Israel to address its treatment of Palestinians.

Omar, a Somali refugee who became one of the first two Muslim women elected to Congress last year along with Rep. Rashida Tlaib, D-Mich., was blocked from entering Israel over their support for the boycotts.

She tweeted last month: “I am where I belong, at the people’s house and you’re just gonna have to deal!”