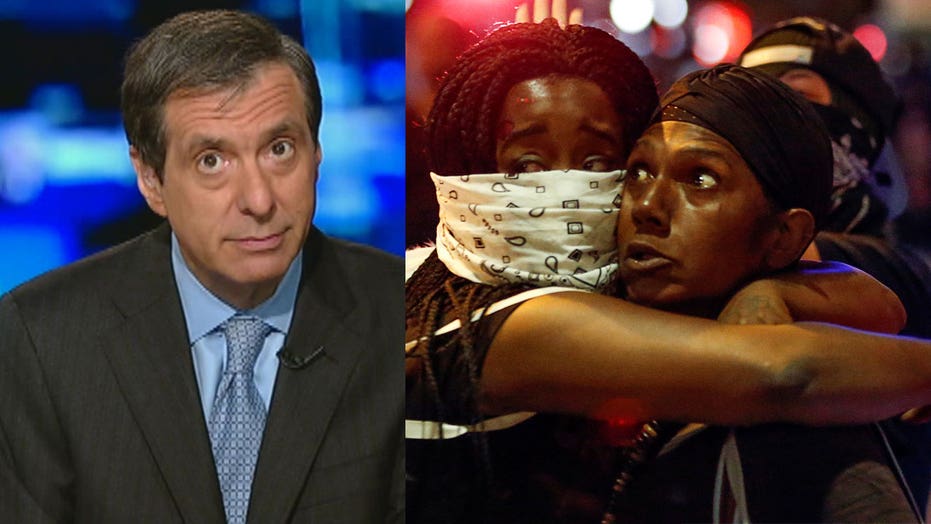 Kurtz: Race, the Media and Charlotte

'MediaBuzz' host Howard Kurtz weighs in on the media's handling of race while covering the events in Charlotte, North Carolina

The riot in Charlotte, and the fatal shooting of Keith Scott that sparked the violence, was the lead story in yesterday’s New York Times. But a crucial fact was buried.

Not until the 30th paragraph were readers told that “Brentley Vinson, the officer who the police say shot Mr. Scott, is black, as is the police chief.”

The Washington Post took a similar approach with its lead story, waiting until the 31st paragraph to report that “authorities said the officer who shot Scott is black.”

And the Wall Street Journal did not mention until the 11th paragraph of a 12-paragraph piece that Scott “was shot by Officer Brentley Vinson, a black officer with two years’ experience on the force.”

Since the anger in North Carolina’s largest city is driven by outrage over a high-profile series of deaths of black men in confrontations with white officers, this would seem to be a highly relevant part of the story.

It doesn’t resolve the question of whether Vinson acted properly or recklessly in firing the bullets that killed Keith Scott. But it does upend the narrative that this might have been a trigger-happy white cop who was more likely to see a black man as threatening.

And these editorial decisions are helping shape the coverage of the tragedy that led to violence, injuries and looting. I’ve talked to journalist friends who were unaware that the Charlotte officer is black. And the story has been lumped together with the earlier fatal shooting by a white officer of Terence Crutcher, a black Tulsa resident who police say did not have a gun.

Earlier, the Times noted that Vinson is African-American in the 13th paragraph of a story on Tuesday, and the Post also mentioned it in an editorial yesterday.

As for cable news, a transcript search of prime-time programming on Wednesday shows that CNN mentioned Vinson’s race 13 times, Fox News five times, and MSNBC not at all.

The circumstances surrounding Scott’s death are in dispute. Police say he had a gun and posed an imminent threat by refusing to obey the commands of officers who confronted him in his car. The family says Scott was picking up his son from school and was armed only with a book, a version backed by one eyewitness who says it was a white officer who shot him.

Journalists are taught not to gratuitously insert race into news stories unless it is relevant. But its pertinence here seems beyond dispute. Perhaps editors are nervous about making too much of a fatal shooting by a black officer, but playing it down has real consequences in a tinderbox situation like this one.

I do think journalists are showing restraint in not prejudging the Scott shooting, having learned a hard lesson after so many embraced the “hands up, don’t shoot” narrative that was later disproven by federal authorities in Michael Brown’s death in Ferguson.

I remain conflicted about the presence of television cameras in cities teetering on the brink. To be sure, it is important to document what happens, whether protests remain peaceful or descend into violence. But saturation coverage may also exacerbate the situation by acting as a magnet for thugs and looters.

For all the derision aimed at the media, it’s worth highlighting that the journalists on the front lines in Charlotte are doing a difficult job laced with considerable risk.

CNN’s Ed Lavendera was knocked down by someone in the crowd. Fox’s Steve Harrigan was the target of an abusive tirade by a furious black woman. Some in the crowd tried to push a photographer into a burning fire. As in Baltimore, Ferguson and other cities, the journalists are caught between the police and the protestors, and sometimes wind up under arrest for trying to do their jobs.

That’s all the more reason why they have the obligation to report that this, in more ways than one, isn’t a black-and-white situation.