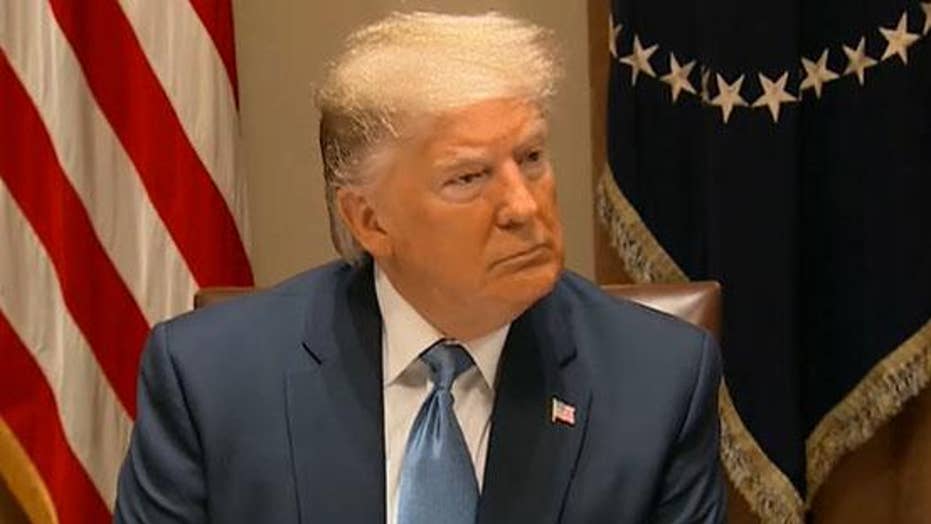 A group of prominent anti-Trump Republicans launched a new super PAC on Tuesday aimed at preventing the GOP incumbent’s 2020 re-election and even defeating some of the president’s top congressional allies at the ballot box next November.

“We are Republicans and we want Trump defeated,” is the title of an op-ed in the New York Times announcing the launch of the group, which is called the Lincoln Project.

“Over these next 11 months, our efforts will be dedicated to defeating President Trump and Trumpism at the ballot box and to elect those patriots who will hold the line. We do not undertake this task lightly, nor from ideological preference,” the GOP strategists behind the effort said.

The president’s re-election campaign quickly fired back, with communications director Tim Murtaugh calling the Lincoln Project a “pathetic little club of irrelevant and faux ‘Republicans,’ who are upset that they’ve lost all of their power and influence inside the Republican Party.”

The ringleaders of the group – which includes vocal anti-Trump critic attorney George Conway, husband of White House counselor Kellyanne Conway – said in their op-ed that they've been “broadly conservative … in our politics and outlooks. Our many policy differences with national Democrats remain, but our shared fidelity to the Constitution dictates a common effort.”

Murtaugh, in returning fire, described the super PAC’s leaders as “establishment charlatans, who for years enriched themselves off the backs of the conservative movement, were the very swamp he was referring too. Calling any of these people ‘conservative’ or even referring to them as ‘Republicans’ at this point is an insult to conservatives and Republicans everywhere.”

Pointing to a likely record-high turnout in the 2020 general election, the Lincoln Project’s leaders said that their “efforts are aimed at persuading enough disaffected conservatives, Republicans and Republican-leaning independents in swing states and districts to help ensure a victory in the Electoral College, and congressional majorities that don’t enable or abet Mr. Trump’s violations of the Constitution, even if that means Democratic control of the Senate and an expanded Democratic majority in the House.”

They argue that the president “has neither the moral compass nor the temperament to serve” and say that Trump’s “actions are possible only with the craven acquiescence of congressional Republicans.”

The group told Fox News about five hours after the launch of their op-ed and website that “we have raised a significant amount of money since the op-ed went live this morning.” Former New Hampshire GOP chair Jennifer Horn, who’s serving as an adviser with the Lincoln Project, said that “we’re going to use all the resources that we have available to us to go out to go after President Trump and to also target in particular some of the Senate seats.”

Among those GOP-controlled Senate seats she listed were Arizona, Colorado, and Maine. She said that depending on the fundraising, the group would go up with digital, cable, and broadcast TV ads.

“It’s easy to figure out who our audience is,” Horn shared. “Likeminded disaffected Republicans – independents who are persuadable and lean right.”

Horn said that the group’s energies won’t be directed toward helping either of two remaining long-shot shot presidential primary challengers taking on Trump, who is on the cusp of facing a full House impeachment vote but is likely to be acquitted in the Senate.

One of those two challengers is former Massachusetts Gov. Bill Weld, who in April declared his bid for the GOP presidential nomination.

Hours after the announcement of the Lincoln Project, Weld told Fox News he shares the same goal as the group.

“It’s the same message. It’s that the president has misbehaved and deserves to be removed,” Weld said.