The Democratic-led House of Representatives voted Monday evening to table, or set aside, a resolution to censure House Intelligence Committee Chairman Adam Schiff, D-Calif., for his handling of the impeachment inquiry into President Trump.

Colorado GOP Rep. Ken Buck, a member of the Freedom Caucus, told Fox News that although he voted against tabling the resolution, he would also oppose a straight, up-or-down vote on censure -- and said the matter should have been referred to the Ethics Committee. 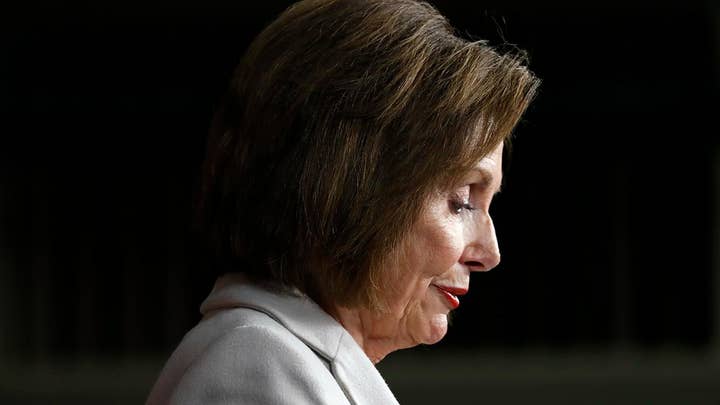 "Several colleagues said ‘You’re right. This isn’t censurable. But there is so much pressure,'" Buck told Fox News. "This does not rise to that level."

"Each member of Congress must uphold a high standard of honesty and integrity. When it comes to matters of our national security, that responsibility is even greater," McCarthy said. "Chairman Schiff has fallen short in his duty. From claiming he had evidence of Russian collusion with the Trump campaign to covering up his committee’s relationship with the whistleblower, he has demonstrated a pattern of lying to the American people on matters of intelligence."

"Our country is extremely well-served by his serious, smart and strategic leadership to protect our elections, national security and democracy – which sadly stands in stark contrast to Republicans in the Congress who cover up the truth, look the other way when the President invites foreign governments to interfere in our elections and vote against legislation to secure the ballot from foreign attacks," Pelosi asserted.

And Schiff remarked on Twitter that when Republicans "found they lacked the courage to confront the most dangerous and unethical president in American history, [t]hey consoled themselves by attacking those who did."

Trump, for his part, has taken to calling Schiff "Shifty Schiff," noting that the intelligence committee chairman has admitted he should have been clearer about his contact with the whistleblower who filed a complaint about Trump’s July phone call with the Ukrainian president.

Schiff recited what he later called a "parody" reading of the call at a House hearing.

Rep. Jordan on impeachment push: What Schiff and Pelosi are doing is not fair

Republican Rep. Jim Jordan slams Democrat Reps. Schiff and Pelosi for running an 'unfair, partisan process' and shielding it from the American people.

"I should have been much more clear," Schiff said during an interview on CBS News' "Face The Nation."

Schiff previously said that "we have not spoken directly to the whistleblower," referring to his intelligence committee -- although his office later narrowed the claim, saying that Schiff himself "does not know the identity of the whistleblower, and has not met with or spoken with the whistleblower or their counsel" for any reason.

Schiff has "poisoned the well" on impeachment by withholding vital documents and keeping witness testimony secret in an effort to obscure the probe from the public, Rep. Andy Biggs said on "America's Newsroom" Monday.

"This [investigation against Trump] has been going on for three and a half years," the Arizona Republican said. "[Schiff] himself has basically tainted the well here because he's the guy who said for two years that there was... clear evidence of collusion. And it turns out that wasn't true.

"He's not a fair arbiter... that's part of why Adam Schiff is not being respected by the majority here," Biggs added. "What happened in [the Clinton and Nixon impeachments] -- you actually had bipartisan support for a formal inquiry. That's not what you have here, because they've never even taken the vote and Adam Schiff has basically... poisoned the well here."