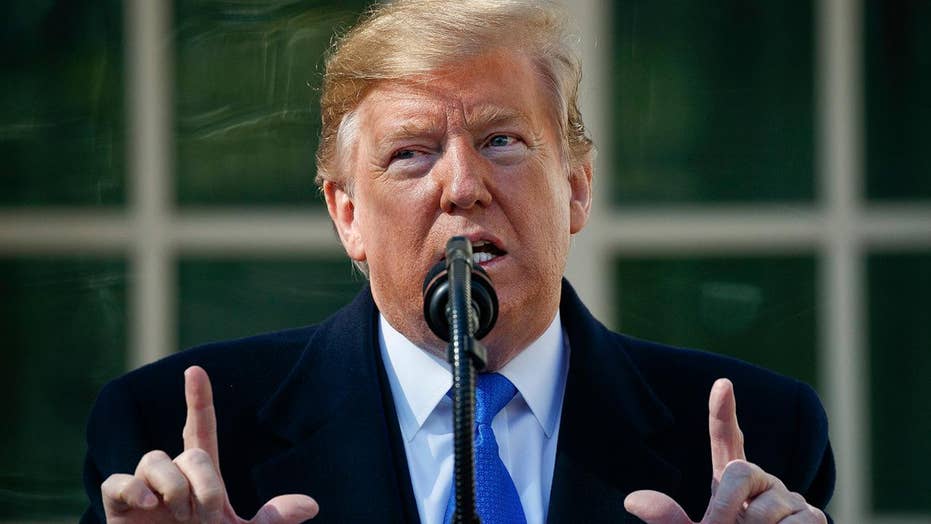 16 states, led by California, are suing the administration's emergency declaration to fund the border wall; Kevin Corke reports from the White House.

WASHINGTON – The Trump administration is facing another lawsuit over the president's emergency declaration to build a border wall.

The American Civil Liberties Union said in a lawsuit filed Tuesday in U.S. court in San Francisco that there is no emergency to justify the president's action. It accuses President Donald Trump and other members of his administration of violating Constitutional limits on their authority.

California and 15 other states have also sued Trump on similar grounds.

He has criticized California's lead role in the multistate lawsuit by comparing the border wall to the state's canceled high-speed rail line.