A hotly contested issue was debated Tuesday in a delicate and respectful fashion rarely seen in Senate hearings, as Democrats and Republicans strongly – yet civilly – took on the issue of what should be done in cases where a baby survives an attempted abortion.

The hearing, held by the Senate Judiciary Committee Tuesday morning, focused on the Born-Alive Abortion Survivors Protection Act, which aims to prohibit medical professionals from failing to provide “the proper degree of care” in such situations. The bill calls for an infant who survives abortion to be considered a legal person with the same protections as children born in any other circumstance. Opponents of the bill believe it does not take into account families’ specific circumstances.

Witnesses included Erika Christensen, a woman who told her story of how she had an abortion 30 weeks into her pregnancy after her doctor said her baby would not be able to breathe if carried to term, and that there were no treatment options to help.

Another witness, nurse Jill Stanek, described how babies can survive abortions, and recalled in detail her own experience caring for an infant who survived an abortion, only to die in her arms soon after. She said it happened 20 years ago, but could still happen today. Stanek said that in cases like that one, babies "received no medical assessments whatsoever, but was only given what the hospital called 'comfort care.'"

Sen. Kamala Harris, D-Calif., claimed that the bill was “punitive as opposed to supportive of the desires and needs of women as it relates to their health care and the health care that they need and require during the course of their pregnancy.” She asked witness Fatima Goss Graves, president and CEO of the National Women’s Law Center, about whether the bill might, in fact, prevent women from getting necessary care. 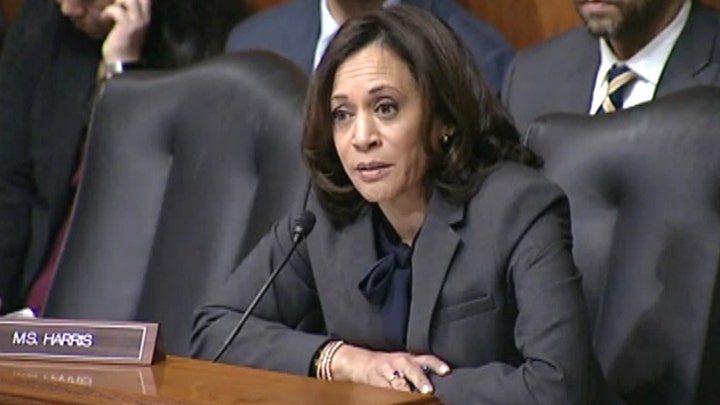 Later in the hearing, Goss Graves claimed that the bill is “overly prescriptive” because it calls for doctors to provide an infant who survives abortion the same degree of care that they would give “any other child born alive at the same gestational age.” Goss Graves said that by only focusing on gestational age it does not account for the actual condition of the infant.

She also said that doctors would likely be using the same degree of care in all cases anyway, in which case the bill would not accomplish much -- “or maybe it does something, but it’s unclear” -- which is difficult when the bill calls for doctors to be imprisoned if they violate it.

Sen. Mike Lee, R-Utah, did not see why there was any controversy over the bill.

“I know abortion is a divisive issue,” Lee said. “But I really do hope, and quite frankly I expect, we should be able to unite around the premise that every baby born alive should be provided with the same standard of care without regard for whether her parents wanted her to be born alive.”

Lee asserted that the issue before the committee was “analytically and morally distinct from the question of abortion.”

The Utah Republican made it clear, however, that he sympathizes with parents in difficult situations.

“I understand with great sadness that there are some babies who are born with no chance of survival. Where that is the case, doctors and parents should determine the most compassionate palliative that is appropriate for those infants,” he said. “However, our laws really ought to err on the side of protecting the right to life of those innocent babies.”

The closest thing to a charged moment arose between Goss Graves and Sen. Ted Cruz, R-Texas. Unlike Feinstein, Cruz did not believe this was a difficult issue, and he blasted Democrats for thinking otherwise. 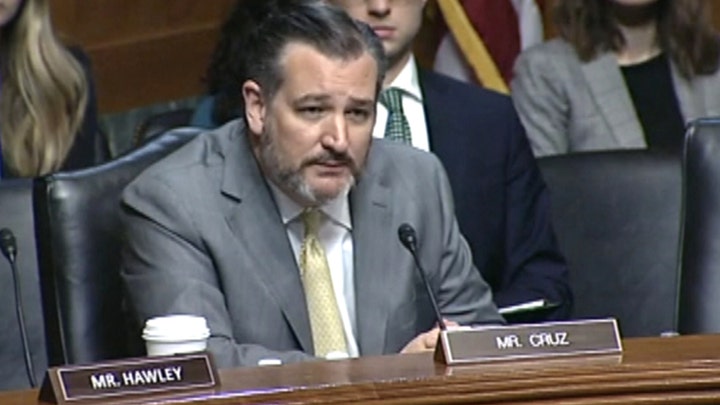 "When one is discussing an infant who has been born, who is alive, who is breathing, who is crying, who is outside the womb," he said,  "the idea that it would be somewhat debatable what to do with that child, that there would be another side, so to speak, politically … it is a remarkable statement of just how extreme and radical the pro-abortion side of this debate has gotten."

Cruz then framed the issue by mentioning a now oft-cited radio interview with Virginia Gov. Ralph Northam, in which the Democrat said that in cases where an abortion attempt resulted in a fetus being delivered and surviving, “The infant would be delivered, the infant would be kept comfortable. The infant would be resuscitated if that’s what the mother and the family desired, and then a discussion would ensue between the physicians and the mother.”

“By a show of hands, do any of the witnesses here today agree with Governor Northam’s statement that that should be the standard, that a physician should only resuscitate an infant who has been delivered if the mother wants that infant resuscitated?”

In response to this, Graves said there was “some confusion” about these situations, and that Northam was referring to situations where “frankly there just are no good options," referring to Christensen.

Because New York did not allow abortion that far into a pregnancy and she did not want to risk her own health by carrying the fetus to term and giving birth, she had to travel from New York to Colorado.

Graves said that ultimately, if a baby were to survive an abortion attempt in a case similar to that one, she trusts families to make the decision of “how to spend the last few moments that you are going to have with your dying baby.”

Cruz then asked another witness, Dr. Robin Pierucci, how often situations arise where infants survive abortion. Pierucci said that literature suggests that these incidents are underreported, but made clear that in her experience as a doctor, there is no discussion about whether or not to treat a child.

“It’s not something we take a vote on in the delivery room,” Pierucci said. “We’re there for the baby.”