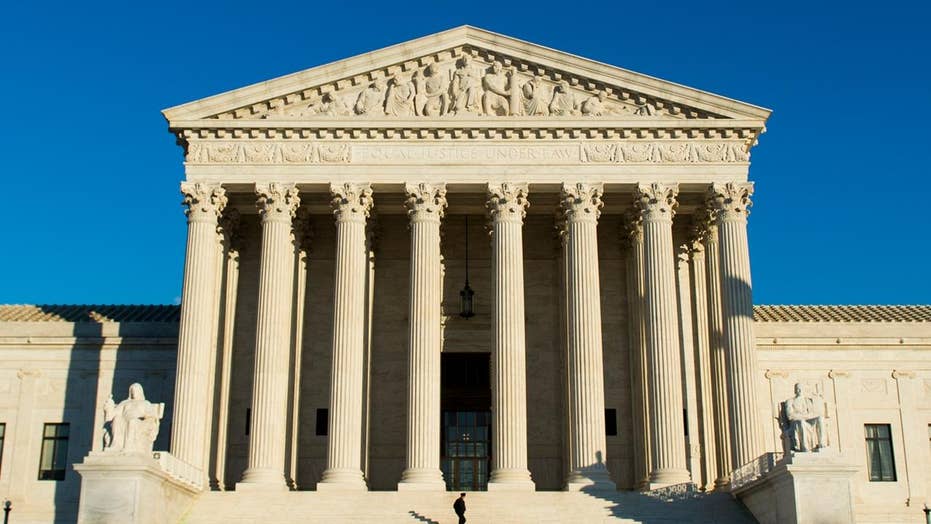 Roe vs Wade: What to know

Roe vs Wade: What to know about the 1973 landmark Supreme Court case that legalized abortion in all 50 states

For abortion defenders and opponents alike, all eyes are on Judge Brett Kavanaugh, President Trump’s confirmed pick to the Supreme Court, and whether he could vote to overturn Roe v. Wade.

Kavanaugh has not expressed outright opposition to abortion or the decades-old case that legalized it, and there’s really only one instance that gives a glimpse into his views. In 2017, he issued the dissent in a case that ultimately let an undocumented teenager who wished to be released from custody obtain an abortion.

His involvement with that case has angered both anti-abortion conservatives and pro-choice activists: his dissent did not go far enough in its opposition to abortion for the former, and it did not show a tendency to support access to the procedure for the latter.

The addition of Kavanaugh to the bench will give the Supreme Court five presumably conservative members and four more liberal justices – thus stoking fears on the left that a repeal of Roe is imminent.

Read on for a look at what it would take for the Supreme Court to overturn Roe v. Wade and what that would mean.

First of all, what did Roe v. Wade determine?

Norma McCorvey (left) was at the center of Roe v. Wade. She had sued as she wanted to get an abortion in Texas where it was only legal in the cases where the mother's life was in danger. Decades later, McCorvey said she regretted her role in the landmark case and became a staunch anti-abortion activist. (AP Photo)

In 1973, the U.S. Supreme Court decided the constitutional right to privacy ensured a woman had the right to make her own medical decisions – which included the right to an abortion.

The case was brought by Norma McCorvey – known as “Jane Roe” in the court document – as she wished to obtain an abortion in Texas, where the procedure was barred unless a woman’s life was at stake.

By the time the court ruled in McCorvey's favor, it was too late. The then-unmarried 22-year-old had already given birth to a daughter whom she gave up for adoption. She would later say she regretted her role in the landmark case and became an anti-abortion activist.

“I'm 100 percent pro-life. I don't believe in abortion even in an extreme situation. If the woman is impregnated by a rapist, it's still a child. You're not to act as your own God,” McCorvey told The Associated Press back in 1998.

How would Roe v. Wade be overturned?

A LOOK AT THE IRELAND ABORTION REFERENDUM

Should such a case come up, the court could decide to repeal Roe completely, or it could just increase states’ control over abortion regulation – or make no changes at all.

Not outright. Overturning the court decision would make abortion an issue to be taken up by individual states.

Should Roe be overturned, abortion would still be legal in most states, Clarke Forsythe, senior counsel for nonprofit Americans United for Life, told Fox News.

“There would be little immediate changes,” he added.

However, some states have more restrictive laws or fewer clinics equipped to provide the procedure already. A full repeal of Roe could lead to more regulations in more conservative states, said Aziza Ahmed, a Northwestern University School of Law professor who has done extensive research on abortion and health law.

“If Roe were to be overturned, the Supreme Court would essentially be saying that abortion is no longer a fundamental right and that women do not have the right to fully control their ability to reproduce,” Ahmed told Fox News. “Many more laws limiting abortion would pass and be held as constitutional.”

Amy Hagstrom Miller, founder of Whole Woman’s Health, too, speculated that there could be more “chipping away” at Roe in the coming years – even if it does remain intact.

“With each restriction, a group of people can’t make it in for an abortion anymore. It’s not like in one fell swoop, Roe is flipped and abortion is made illegal,” Hagstrom Miller told Elite Daily, citing required ultrasounds, waiting periods and doctor regulations. “With each of those restrictions, less and less people actually have access to safe abortion. It may exist on paper, theoretically, but actually obtaining it is next to impossible.”

If abortion were to become legal in some states and not in others, Sanger said that would “make a big impact on class and wealth” as wealthier women would be able to afford to travel overseas to get the procedure as opposed to those without the monetary means.

"Many women would suffer, and potentially die, as a result of this."

Forsythe doesn’t predict the landmark case will be overturned right away. He said legal and political obstacles could get in the way and speculated the court would need at least six justices to do so.

“The court has absolute discretion as to what cases it takes and what issues it takes and hears,” he told Fox News. “In the short term, if a case comes up to the court that might present the question of Roe, the court can reject it, simply deny its review.”

Still, some anti-abortion groups have heralded Kavanaugh as a step in the direction of getting rid of the abortion law. Susan B. Anthony List, an anti-abortion non-profit group, called on “every self-avowed pro-life” senator to vote for his nomination, citing his “strong record of protecting life and constitutional rights.”

Live Action, another pro-life organization, also pointed to a potential change in Roe with Kavanaugh on the bench.

“We encourage Brett Kavanaugh to uphold the Constitution and support the most basic human right – the right to life – for all people. The Supreme Court will hear many cases, and we look forward to the day when our nation's highest court acknowledges the great injustice of abortion and finally upholds the right to life for all humans, born and unborn,” Live Action President Lila Rose said in a statement. “We hope that with Brett Kavanaugh, the court ensures that our very first right, the right to life, will be protected by our laws rather than trampled by them.”

According to the Center for Reproductive Rights, 12 states had banned abortion prior to the 1973 decision that could potentially be reinstated should Roe be overturned; 21 states had pre-viability bans.

Prior to the 1973 decision, a handful of states already had abortion laws on the books, including New York.

Gov. Andrew Cuomo, a Democrat, recently called on New York lawmakers to codify Roe – something the Republican-controlled Senate has refused to do thus far.