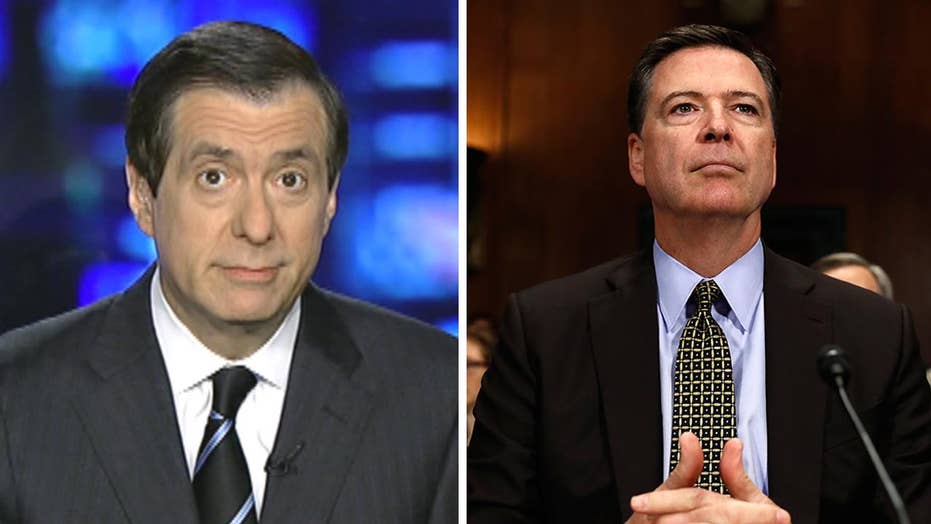 Kurtz: Has press gone off the rails on Comey?

Let’s stipulate that there are plenty of unanswered questions, including why Trump would fire the FBI director for mishandling the Hillary Clinton probe when as a candidate he praised Comey’s “guts” in reopening the investigation.

Let’s stipulate that Trump’s decision has fueled calls for a special prosecutor to take over the Russia probe and, for now, is overshadowing everything else the administration is trying to accomplish.

Even with all of that, the nuclear reaction by some in the media has been something to behold.

A McClatchy news story was headlined, “Trump Takes a Dictator’s Stand Against Inquiry.”

The Atlantic’s David Frum, a former Bush speechwriter, tweeted that it was a “coup against the FBI.”

CNN’s Jeff Toobin said “this is the kind of thing that goes on in non-democracies,” and that “they will put in a stooge who will shut down this investigation.”

CNBC’s John Harwood  tweeting that it’s “not hard to imagine resulting chain of events that would make Pence president.”

CNN, in fact, kicked off its 5 am newscast with this “breaking news: the bedrock of our democracy under siege.”

Under siege? Could everyone just take a deep breath?

It’s not hard for journalists to find political hypocrisy here. At various points during the Clinton email investigation, Democrats and Republicans, including Trump, slammed or praised Comey’s conduct.

And this isn't the usual right/left split. Some conservative commentators ripped the firing as well.

I get the comparisons to the Saturday Night Massacre, but those calling Trump “Nixonian” may be going a bit far. First, Archibald Cox’s only job was to investigate Watergate, a series of crimes that Richard Nixon was trying to cover up. Comey had a much broader job, and we don’t know whether his Russia probe will lead to much of anything.

It may turn out that Trump’s version of events—that he lost confidence in Comey and was acting on a Justice official's recommendation—won’t fully hold up. But we don’t know that now. And in their hot pursuit of what some are hyping as a coup, too many journalists are acting like the president has no case whatsoever.

When Anderson Cooper rolled his eyes at Kellyanne Conway’s comment that the press had blown the election coverage, it was something of a metaphor for the coverage.