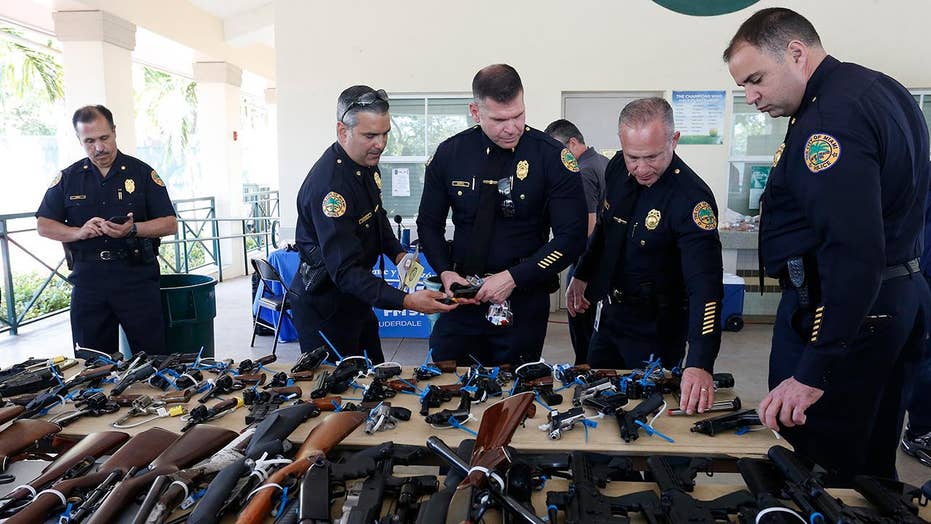 2020 Democratic presidential candidates have voiced support over implementing a federal gun buyback program if elected, as a response to mass shootings like in El Paso and Dayton, but some critics are skeptical that such a policy would reduce crime.

DES MOINES, Iowa -- A growing number of 2020 Democratic presidential candidates are calling for a federal gun buyback program to reduce the estimated 400 million guns owned by civilians in America -- but the idea faces resistance from gun rights groups who accuse Democrats of trying to "demonize firearms."

In the wake of the deadly El Paso and Dayton mass shootings, some in the crowded Democratic field have released plans -- or voiced support -- for allowing gun owners to turn over their weapons to the government and get money in return.

In a recent television interview, former Vice President Joe Biden called for a “national buyback program” to get firearms “off the street.” Asked by CNN's Anderson Cooper to respond to criticism he would be taking away people’s guns, Biden responded, “Bingo! You’re right, if you have an assault weapon.”

"Yes, I think it's a good idea," Gillibrand told Fox News after the Wing Ding Dinner in Clear Lake, Iowa over the weekend.

But the more moderate Democrats in the field are skeptical that such a program would even reduce gun deaths.

“When I was mayor, there were a couple of cities that did that and it wasn’t considered effective,” former Colorado Gov. John Hickenlooper, who served two terms as Denver mayor, told Fox News.

Other candidates suggest they could support a voluntary -- but not a mandatory -- buyback.

“I think we should have voluntary buybacks," Bullock said. "Let’s look at this as a public health issue. I don’t support a mandatory buyback."

Groups on both sides of the debate are hesitant that a buyback program should be at the forefront of the conversation.

Gun-control advocacy group Everytown for Gun Safety suggests they are focused on pushing other legislative remedies. A spokesman for the group said in a statement to Fox News, "Presidential candidates are talking about a number of policies to address gun violence in America. What Americans are demanding now is for the U.S. Senate to pass legislation to require background checks on all gun sales and a federal Red Flag law. Those need to be the Senate's first priorities." 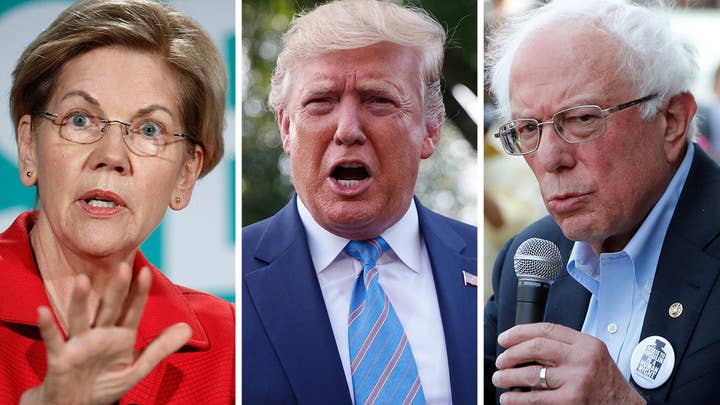 But pro-gun groups argue the idea is nothing short of confiscation -- let alone a tried and failed solution.

“What you see the Democrat candidates are doing is they simply want to demonize firearms and they’re coming up with the same old failed policies that haven’t worked in the past,” said Erich Pratt, the president of Gun Owners of America.

There has never been a federal push for a buyback program. Some municipalities like Baltimore, Boston and Los Angeles have had them in the past. Some local police departments are known to hold anonymous buybacks to eliminate impunity.

But gun policy experts say this is a “needle in the haystack” approach when it comes to reducing crime -- and comes at a tremendous cost to local police departments.

“If you’re going to have a buyback, you have to pay people money, and then presumably most of these buybacks the government tries to destroy those guns and so it’s spending money and not getting any money in return,” said Eugene Volokh, a law professor at UCLA.

In Washington, a bill, H.R. 1279, has been introduced by more than a dozen House Democrats that would give money to state and local governments for them to conduct their own buyback programs. But even if it passes the House, it would likely be blocked by the GOP-controlled Senate.

Volokh said at the end of the day, buybacks are counterintuitive to the goal of reducing gun crime.