LOS ANGELES -- As 2020 Democrats settle in for the long haul, there is another race getting little attention – convincing millionaires and fat cat donors to buy into a candidate’s progressive message.

It's one thing to hammer the rich for failing to “pay their fair share” in front of a bank of cameras, quite another while sipping wine together in the mansions of Beverly Hills and penthouses of New York City while asking them to write a check for $5,000, or more.

Democratic strategist Doug Schoen said it happens every election, but especially this one.

"This Is an election where the ultra-wealthy are going to pay more pay more in contributions. Pay more to super PACs and, ultimately, if the Democrats win pay more in taxes," he said.

Early Wednesday, the Sanders Campaign released a statement announcing it raised $6 million from small donors – averaging $27 each – in the first 24 hours after Sanders announced. It was signed 'Paid for Bernie...not billionaires."

By contrast, Sen. Cory Booker is scheduled to attend a Silicon Valley fundraiser Saturday at the home of Laura and Gary Lauder, heir to the Estee Lauder fortune, which, according to Fortune, is worth $13.7 billion.

Booker proposes raising the estate tax to 65 percent on wealthy families like the Lauders. Booker opposed the Trump tax cut because it increased the national debt, though even the Washington Post said Booker's platform "would add trillions to the federal debt." Booker favors Medicare for all – though a new California field poll found a majority of Californians oppose it. Booker sponsored several bills to combat industry consolidation, including a moratorium on some mergers.

Yet Estee Lauder owes much of its profitability to precisely that, acquiring 12 companies in the last 20 years.

Does it matter to primary voters? Veteran labor journalist and Institute for Policy Studies fellow Sam Pizzigati says it does.

"I think voters in the primary are going to look at those (FEC campaign finance) reports and see if people are raising money from small donors, and if not, those candidates are going to be less credible with primary voters," he said.

Pizzigatti co-edits Inequality.org, a website that documents the financial divide between the poor and rich, and the pay divide separating executives and rank-and-file American workers.

Two industries that rank among the worst are Silicon Valley and Hollywood, where star actors and studio heads make millions while technicians and supporting actors make considerably less.

Sen. Kamala Harris chided Wall Street in her announcement speech and said this in New Hampshire this week.

"We have a tax bill that got passed that gave a trillion dollars to the top 1 percent, and the biggest corporations in America. They need to give that money back," she said.

Harris continues to try to lock down Hollywood support with a fundraiser next month in Los Angeles at the home of J.J. Abrams and his wife, producer Katie McGrath. Entry price is $2,800 per person, with those who raise $10,000 considered a co-host.

Among the already declared candidates, Booker, Harris and Sen. Amy Klobuchar have a long history of taking corporate cash and asking big donors to max out their contributions, whereas Sanders and Sen. Elizabeth Warren could seek to embarrass the field for failing to walk the talk.

"Stop handing out enormous tax giveaways to rich people," Warren said in announcing her candidacy. "I am not taking a dime of PAC money in this campaign. I am not taking a single check from a federal lobbyist. I am not taking applications from billionaires who want to run a PAC on my behalf. And I challenge every other candidate who asks for your vote in this primary to say exactly the same thing."

That isn't likely, but Pizzigatti believes, "there will be incredible pressure not to accept corporate PAC and super PAC money.”

He said he people want to see authenticity.

“And if you are complaining about the concentration of wealth and the power of the rich, then turn around and accept money from these very same folks, you are not being authentic,” he said. “I think voters in primary will be very hostile to candidates who go down that road."

Schoen thinks the pressure to not be seen with millionaires will push more money underground, to super PACs where donations are harder to link from one person to one candidate.

"There are limits on how much you can give to a candidate and those are relatively modest in the range of $2,500 to $3,000," he said. "That's not much for a super wealthy person. So increasingly on the left the ultra-wealthy are giving to these large ideological Super PACs like ActBlue that aggregate money and give huge amounts to chosen candidates."

Warren and Sanders are likely to concentrate on small-dollar donations, which make headlines, but don't typically win races.

Since first being elected in 2013, Booker received almost $6 million from lawyers and Wall Street. Almost 70 percent of his total donations came from large donors. 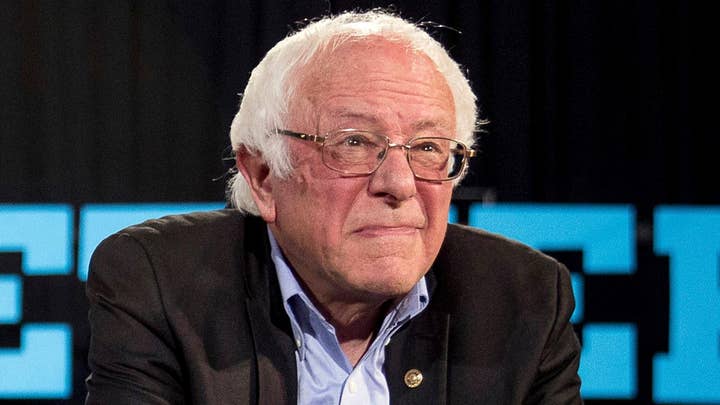 Since 2015, Harris raised $22 million, mostly from wealthy lawyers, the tech and entertainment industries. Almost 60 percent of her money came from large donors.

Klobuchar has supported raising taxes on those earning more than $250,000. While in Congress, she received almost $6 million from PACs, 65 percent from corporations. Her largest individual donors are lawyers or executives from Delta, Cargill, Disney and General Mills.

Why do well-heeled liberals donate big money to Democrats who promise to raise taxes? Most can afford it. Also wealth of the top 1 percent is typically protected in a trust. Charitable donations also allow the rich to enjoy notoriety while cutting their tax bill.

"I don't think anybody really wants to pay more in taxes but for those that are ideologically on the left and very wealthy they sort of feel it's their responsibility to pay more," said Schoen.